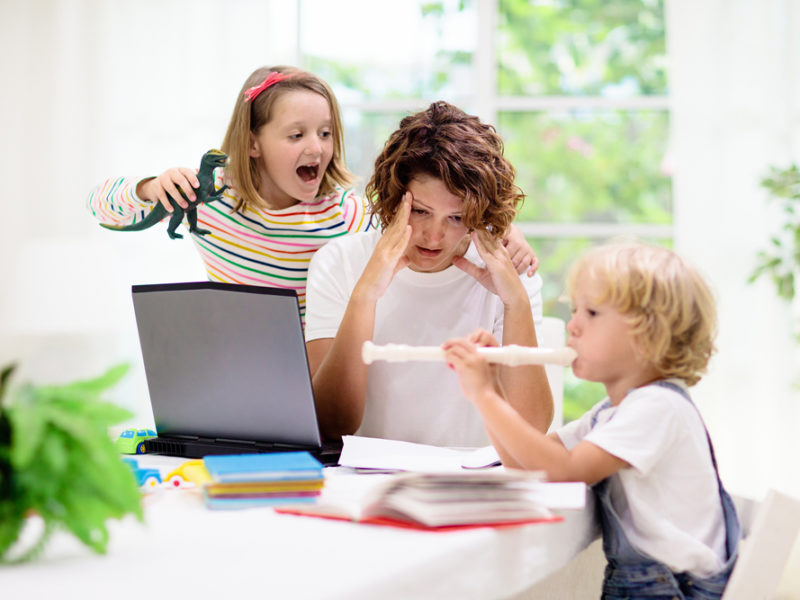 We all have the parenting moments we aren’t proud of.  I have a long list of things I wish I had done differently at the moment.  Oftentimes it goes back to me feeding the lies of feeling guilty that I didn’t control my temper when I reacted to something my child was doing. Can you relate?

I was on a socially-distanced walk with a friend yesterday and we were talking about types of reactions people have.  When someone feels afraid and out of control of a situation they often react in anger.  This is something I am working on as a parent who is very outnumbered and often feels out of control.

The other day, it was 4:00 pm and much later in the at-home-learning day than my kids and I were used to.  But, we put off one writing assignment until the afternoon so we could enjoy the beautiful day outside.  Well, I quickly learned that it is very hard for a 7-year-old to get back into schoolwork after a four-hour break.  All he had to do was write 4-5 sentences in a fictional story he was creating.  How hard is that? I am sitting here breezing through way more than 4-5 sentences as we speak. Well, to him it was a real struggle.

And it wasn’t all him. One of the hardest parts of being forced into homeschooling against my will because of a pandemic is the dynamic between my kids.  The oldest is in first grade and he loves learning. So he’s been mostly compliant, but the 5-year-old is in his last year of preschool and his work is minimal compared to first grade.  So, he distracts and badgers the first grader to play.  Then we have the 3-year-old who is very easygoing and plays so nicely by himself, but he does need attention too, and I’m constantly feeling pulled in three different directions.

You can see how getting the first grader to write these 4-5 sentences, at the end of the day, while his two brothers were freely playing, and begging him to join them was a perfect storm.  Oh, did I mention my temporarily-work-from-home husband was in another room, 20 feet away, on a call? Not good, people, not good.

I am begging him, “It’s only 4 sentences! You do this all the time! Just write it!” And then the 5-year-old starts making super obnoxious noises to get the 7-year-old to laugh and he is really successful. They are both roaring with laughter while making obnoxious noises, and no one is writing a SINGLE sentence, let alone 4-5, and I was getting increasingly anxious that Daddy’s coworkers were going to think he was raising a pack of hyenas. And I snapped.  I yelled at them to stop. And instead of his coworkers thinking his kids were nuts and out of control, they probably now think his wife needs to be committed to a mental institution.

I felt completely and utterly out of control in this scenario. In that split second reaction, it is evident that my anger was rooted in both fear and a sense of losing control.  I was afraid my husband’s call was going to be very rudely interrupted by obnoxious noises. And I was afraid my kids have no respect for me, a bad mom.  I was afraid my son would NEVER WRITE THE 4-5 SENTENCES OR FINISH FIRST GRADE. I had failed at controlling my kids and they were obviously going to amount to nothing and it was all my fault. Talk about A-Z.

Lies: Fear Is A Liar

See what a liar fear is??? Fear loves to come in through our emotions and feed us lies…all of my thoughts at that moment were lies.  Do you know what was actually true at that moment? We were all tired.  My son was tired of doing schoolwork at home.  I was tired of not having any breaks from my kids due to the lockdown.  And I easily could have said, “You know what, let’s start this assignment tomorrow.  We are all a little bit tired and we will do our best work when we are refreshed in the morning.” And we could have walked away in peace. 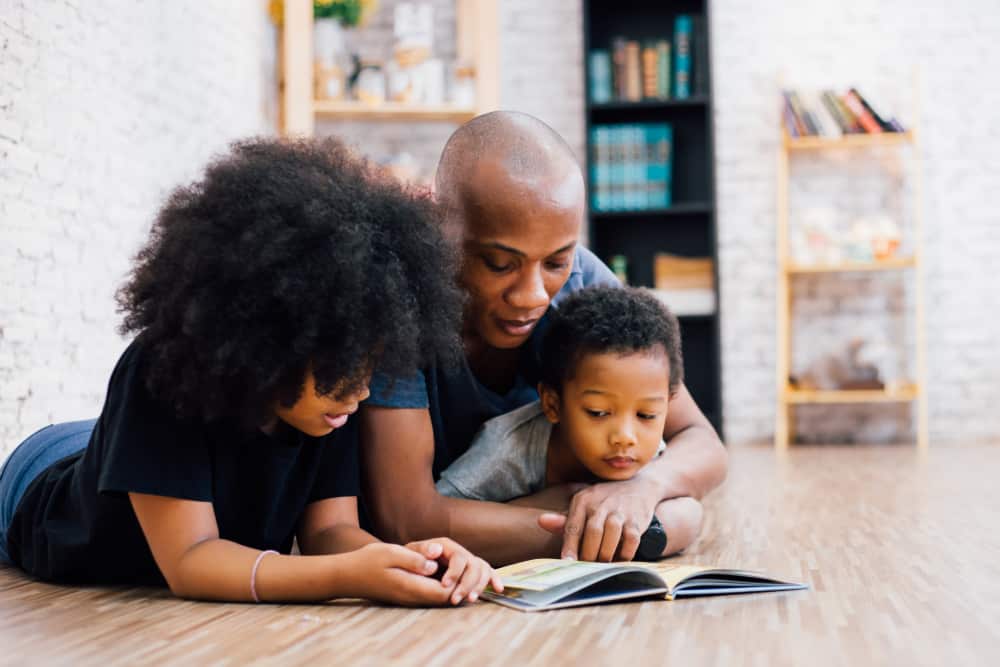 I let my emotions take over, and I invited fear to take over. The truth of the matter is that my son is going to finish first grade this year whether he does those four sentences or not. He is going to go back to school and every single child is going to be in the same boat.  Currently, they are all taught by tired, weary, spread-too-thin parents. No one will be in a better spot than the other because the teachers will meet them where they are and help them catch up.

When we let fear take over, we leave ourselves feeling guilty, defeated, and unworthy.  Lies. God’s truth says we are “fearfully and wonderfully made,” and that the Lord knows us through and through. Jeremiah 1:5 says, “Before I formed you in the womb I knew you before you were born I set you apart; I appointed you as a prophet to the nations.” We are so important to the Creator, Lord of the Universe, that He loved us before we were born, formed us in our mother’s wombs, and set us apart to do great things. He sent His son to die so we could live forever. Let those truths pour down and drown out any feelings of inadequacy and unworthiness.

When you free yourself of the judgment that those lies bring you, you will have so much more time to think about the joys your kids pour into you and how much you love them. And what a fantastic job you are doing. You will also have a lot more space in your head to fill it with a quarantined, Netflix binge. Can’t go wrong with Gilmore Girls.

Also, he wrote the four sentences. So, there’s that.

For just $100 per month you can bring the gospel to 10,000 homes. Join us as media missionaries! GIVE NOW
VIEW COMMENTS
« What Exactly Is the Good News? Entering Into The Holy Place »