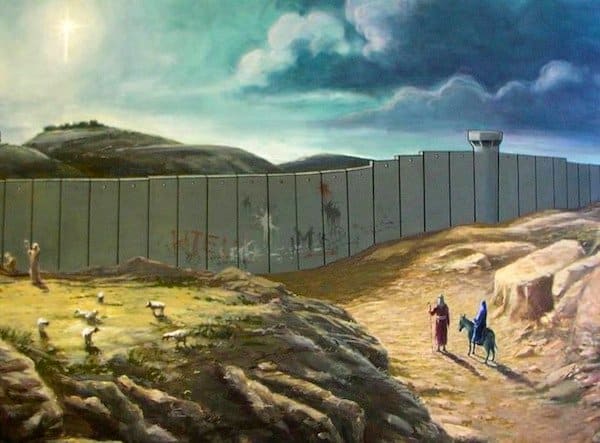 This is a Christmas card by British street artist, Banksy. It pictures Joseph and Miriam (Mary) trying to get to Bethlehem, but they are stopped by “the evil Israeli WALL OF SEPARATION”. This is wrong on so many levels.

For just $100 per month you can bring the gospel to 10,000 homes. Join us as media missionaries! GIVE NOW
VIEW COMMENTS
« Every Christian Has A Lane, Even Lauren Daigle Jennifer Hudson And The Pentatonix Perform ‘How Great Thou Art’ »