What Is God Speaking Into The New Year? | God TV
Articles 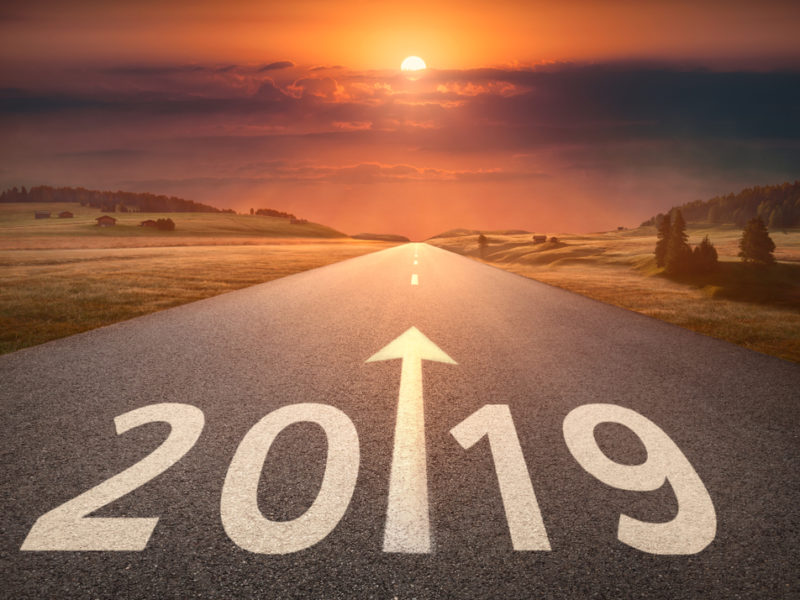 As 2018 is drawing to a close, many people are beginning to look ahead to 2019 which is swiftly approaching. For some, 2018 was quite challenging. For others, the year was filled with success and joy. Whatever your year has looked like, God is doing a new thing in the New Year and wants everyone to be tuned in to what He is speaking. God is inviting each of His children to join in the adventure of the New Year to bring forth everything that He’s destined us for. I believe there are some specific things that God is particularly inviting us to participate in – if we are willing to hear and obey.

It is interesting that in the book of Mark, the disciples ask Jesus to reveal to them when the things He had described to them would take place (See Mark 13:5-8). He spoke of warring nations and warring kingdoms. He also spoke of earthquakes and famines. Then, He tells them that these would be but the beginning signs; calling them birth pains, or as we now know them to be contractions. Before something glorious can come forth, it is often preceded by turbulence and trauma. 2018 has in many instances been a year of trauma. I’m believing that there is much glory to come forth in 2019.

I believe that as we move into the New Year, we are going to see many new things begin to birth forth. As much as the year 2019 signifies the birthing of new things, expect that the many of the tremors and pains being felt throughout the world are but a sign of a shift in peoples’ perspectives about the ways of the world. Many are feeling the birth pains of a need to shift thinking and thought towards moral and Biblical thinking that has been abandoned.

We are going to see God birth forth new voices of people with new ideas and strategies for the challenges being faced. Not only will God bring this forth by the body of Christ, but also globally. Birthing speaks to new life, new hope, and new opportunities. Things that have escaped the grasp of our understanding and sight are going to soon come into clarity, with great wisdom to face them.

Have an expectation for people of great technological innovation. Have an expectation for people who will have a great heart for evangelism and the discipleship of the outcasts and downtrodden. Expect that you will even see more notable people at the top of the mountains of media, arts & entertainment, and business. This is not to say that other mountains won’t see this, but these will be very prominent.

Prepare for an Outpouring:

As much as there will be natural and spiritual birthing taking place, have an expectation that there will be an outpouring of holy anointing. Jesus also shared in Mark 2:22 that no one puts new wine into old wine skins. A new wine and oil are going to be poured into those who are prepared or are in preparation to receive it. Many have already been in great expectation of the falling of the mantle of evangelism, with the passing of Dr. Billy Graham on February 21, 2018.  Those who are the new wine skins are those people who are divesting themselves of old paradigms, traditions, and thought processes that are no longer suitable for the present culture.

With these outpourings and mantles passing onto those who are prepared to receive it will come a generation of people who will not only walk in great humility, but also great insight and love to express the heart of the Father’s love. There is a world who is hungry for truth and hungry for relief from the pain that has been felt in their lives. Those who are rising up are going to be the ones capable of speaking in ways that those hurting and seeking have not heard before. It will be like a new sound or frequency that is finally being picked up.

This year is has seen much change in the landscape of government across America and even many other nations. The U.S. Embassy was moved to Jerusalem in May, fulfilling a promise that was made decades ago, but remained unfulfilled by previous administrations. A new Supreme Court Justice was confirmed and sworn in, filling the vacant seat left by Justice Anthony Kennedy who retired. President Trump made some key presidential pardons to people who had been wrongfully convicted, some posthumously. New prison reforms are being made to help with recidivism. There is also some justice being worked out for some victims related to the Catholic Church abuse.

As much as these are but signs of some justice being worked out, God is also going to be releasing justice in the lives of many saints that have been attacked for far too long by principalities, powers, and rulers of darkness. Part of this justice is going to come in the area of faith to recognize that there is much more that the Church can do to establish borders and boundaries that protect the trust and faith of congregants. One of the greatest atrocities to be made this year has been in the area of “church hurt”. Whether perceived or reality, many are going to receive actual justice, healing, and restoration as the Church acknowledges its part in failing to love correctly both the body of believers and the world it is to minister to.

At a certain time, Nehemiah, Ezra, Esther, and others were instrumental in the restoration of God’s people. In the case of Nehemiah, he worked to help restore the walls of the city. In Ezra’s case, he was instrumental in restoring the foundations of worship. Those who have a heart for justice must also prepare to be distributors of this justice by finding God’s heart for mercy and grace. As this heart of mercy and grace is found, it will become evident that justice will take on a new look in the Church and in every sector of society.

Prepare for the Future:

In looking into 2019, we cannot forget that 2020 is also swiftly approaching. With the year 2020 to follow, it is ironically interesting to note that it is a year that uniquely sounds like what many speak of when speaking about perfect vision. Many are going to see their spiritual insight sharpened. It will also emphasize an enhanced hearing as the Hebrew year 5780 will present an awakening to people of great intercession. As this new year will emphasize prayer, it will sharpen hearing of those who have an ear to hear what the Spirit is saying.

Do not mistake this great hope that I share as being someone with rose colored glasses on. There is some work involved. Preparation is not a passive thing. Preparation means that we have to to be actively seeking expecting, and pursuing these things. The more we’re prepared, the more aligned we will be to see the unfolding of what God is speaking into this new year.

For just $100 per month you can bring the gospel to 10,000 homes. Join us as media missionaries! GIVE NOW
VIEW COMMENTS
« #SeeYourOwnWorthIn2019 Is It Still Christmas? »