What Is The Kingdom Of Heaven? | God TV
Articles 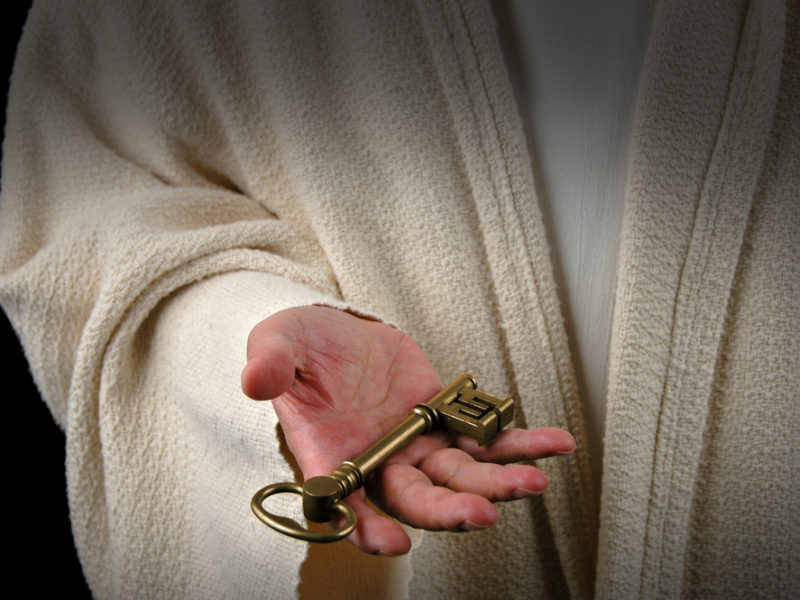 The first time I heard the statement I’m about to share with you, it caught me completely off guard. As a result, it changed the way I viewed Jesus’ ministry. Here’s the statement: Jesus borrowed concepts and terms from the Jewish Sages, later called Rabbis, of His day.

The Kingdom of Heaven was a well-known concept spoken of by the Sages and the later Rabbis of Israel. When Jewish people recite the Shema (Deuteronomy 6:4–9) twice daily, they are committing to taking on the yoke of the Kingdom by following God. By repeating these words:

“Listen, Israel: The Lord our God, the Lord is one’ Love the Lord your God with all your heart, with all your soul, and with all your strength. These words that I am giving you today are to be in your heart. Repeat them to your children. Talk about them when you sit in your house and when you walk along the road, when you lie down and when you get up. Bind them as a sign on your hand and let them be a symbol on your forehead.’ Write them on the doorposts of your house and on your city gates” (Deuteronomy 6:4–9).

Jews were taking on the yoke of the Kingdom. Not in some distant future, but right then, in that moment, and every moment thereafter.

In the New Testament, Jesus personalizes the concept by attaching it to God’s authority over a person’s responsibility to accept or commit to aligning their lives with God’s will after salvation, as seen in John 14:23, “If anyone loves Me, He will keep My Word. My Father will love him, and we will come to him and make our home with him.”

For Jesus, it becomes a moral obligation to obey the Lord. It’s not a political overhaul, as some thought in His day, namely John the Baptist, where God destroys Israel’s enemies and restores justice. The Kingdom of Heaven is the work of God in the world today through Kingdom citizens. It’s not just a realm to enter but also a ruling of God over our present life.

The 1st Century Hebrew understood the Kingdom to be the era of universal peace for God’s chosen people. It’s the messianic reign promised specifically in Isaiah 11, Jeremiah 31, and Ezekiel 36. At this time, the throne will be restored to Israel through the Messiah, God’s anointed son of David, and the people will enjoy prosperity, peace, and protection forever and ever as God removes their sins as far as the East is from the West.

A new covenant will be formed with the people as God places His spirit within them by writing His law upon each of their hearts. Christ will reign over the Earth and every one of His followers will seek His Kingdom first.13[1]

When Jesus came to Earth, He extended this offer to us today. We can find the peace of our Messiah and enjoy aspects of His Kingdom today. Think about it: It would not be Good News if we had to wait for the Kingdom to be set up, for we are still waiting after 2000 years for the advent of Jesus’ Second Coming.

Jesus consistently emphasized the present immediacy of God’s power to heal, save, and redeem mankind. The Kingdom has arrived in the person of Jesus and the power of Holy Spirit and is available to all who walk by the Spirit. We could say that Jesus is breaking into the present world today. If that’s the case, we should quit asking to get out of it.

This is an excerpt from Here And Now: Thriving in the Kingdom of Heaven Today by Robby Gallaty. We have been taught that salvation is getting man out of earth to live in Heaven, but the Bible teaches that God desires to bring Heaven to earth through man. Jesus spoke about the Kingdom of Heaven more than any other topic. Learn how God’s Kingdom can invade your life today.

Here and Now: Thriving in the Kingdom of Heaven Today https://t.co/nPOyV3h7bd pic.twitter.com/wYFk6ao4XL

[1] D. T. Lancaster, What Is the Kingdom of God? First Fruits of Zion, audio, http://www.ffoz.org. Lancaster expounds what the Messianic age meant for the Jewish people in his lecture on the concept.

For just $100 per month you can bring the gospel to 10,000 homes. Join us as media missionaries! GIVE NOW
VIEW COMMENTS
« Planned Parenthood Gets Stripped Of $60 Million In Tax Funding – Operation Rescue God Isn’t Forgotten At The Oscars As Regina King Acknowledges Role Of Faith And Love »