What Legacy Will You Leave? 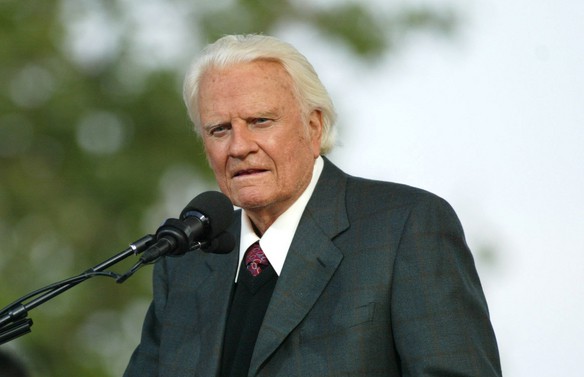 You don’t have to be famous like Billy Graham to leave a great legacy. You can work on yours right now so one day God will say “well done my good and faithful servant.”

When famous people die, they are praised for what they have achieved and the legacy they have left behind. The media today is full of tributes being paid to Billy Graham, (who died last week) at the age of 99. He was more than ‘America’s Pastor’ he was an international Christian Leader, friend and counsellor to many US Presidents and he has been recognised for his God-given gifting.

Billy Graham is regarded by many as one of the most influential preachers in the 20th Century, and one of the founders of televangelism. He held large indoor and outdoor rallies, many of which were broadcast on television over six decades. In fact, GOD TV still broadcasts Billy Graham Classic Crusades on Thursdays at 8.30pm and on Saturdays at 3pm.

Billy was also a spiritual adviser to many American president from Harry Truman to George Bush and Barack Obama was the 12th president to meet with the famed evangelist. Billy always put Christ first and would invite his audience to “accept Christ as their personal saviour” and according to the Billy Graham Evangelistic Association (BGEA) some 3.2million people responded.

What would your legacy be?

It begs the question that if you died today what would you be remembered for? What would your legacy be? When you reach Heaven will the Lord say to you, as He did to Jesus, “well done my good and faithful servant”?

One the next few days, GOD TV is televising the above video from BGEA that captures the essence of what Billy preached in his lifetime. As you watch it, take time to dwell on the true meaning and the words. In it Billy says: “All of your life you have been searching for peace, joy, happiness…and some of you are searching for purpose and meaning in your life, and you haven’t found it…. You can have the greatest hope and courage and joy and thrill that you’ve ever known, if you just let Christ come in right now.”

It’s not too late to follow in Rev Graham’s footsteps and start building your legacy today.