What To Do With Worldly Thought Patterns | God TV
Faith 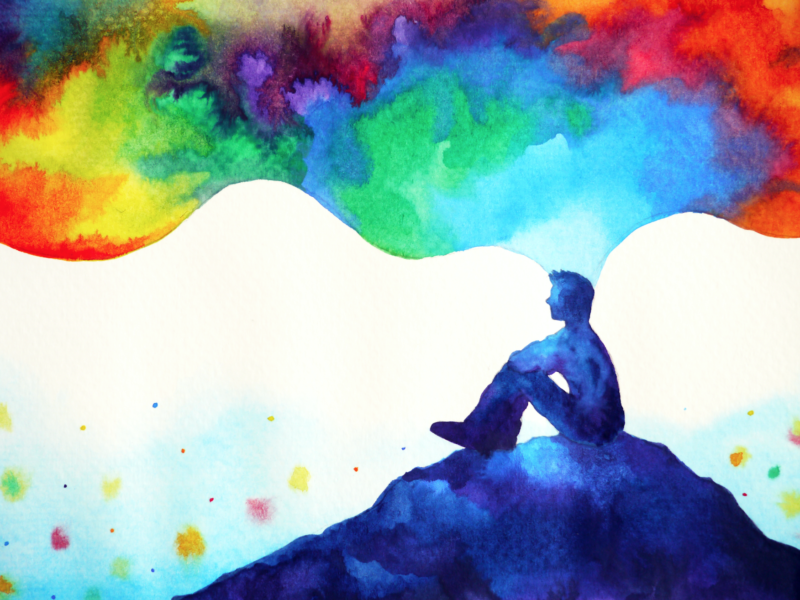 What’s Before and Behind You?

In Matthew 16, Jesus warns that only a wicked and adulterous generation seeks after an outward sign. He tells us to “beware of the leaven of the Pharisees and Sadducees.” How do we do this? If we read further down in the chapter, we discover that what’s before and behind us plays a crucial role.

After Jesus and His students make it to the coasts of Caesarea Philippi, He repeats the lesson about discerning true doctrine that leads to God, and not hypocrisy (Matthew 16:3-6). Wanting His disciples to dive deeper into the truth, He asks, “Whom do men say that I am?”

They responded, “Some say you are John the Baptist, some, Elias, and others Jeremiah, or one of the prophets.” Now that they had clarified what others thought, He directed the question to them. What did the ones who followed Him and saw His miracles think?

Peter responded, “You are the Messiah, the Christ, the Son of the Living God.”

Revelations of the Future

The Father revealed to Peter, and the other disciples through Him, that Jesus is the Messiah, His anointed One. Once their eyes were opened to the much grander reality that they were living, Jesus began preparing them for His future sufferings. He detailed what would take place and that He would die and rise again on the third day (Matthew 16:21).

In his limited worldview, Peter couldn’t understand how the Son of the Living God would die and suffer at the hands of other people. Wasn’t the Messiah going to establish a kingdom whose dominion is for eternity?  (Daniel 7:13-14).

Because he couldn’t understand that Jesus had to die for our sins (Daniel 9:26; Isaiah 53), he acted on his thoughts. Self-confident, and thoroughly convinced he was right, he began to rebuke and scold Jesus. “Be it far from You, Lord. This will not happen to You!”

Get Thee Behind Me, Satan

Jesus said to Peter: “Get thee behind Me, Satan: you are an offense to Me: for you savor not the things of God, but those that be of men.”

Offense, or the Greek word, skandalon, can refer to a trap, a stumbling block, or something or someone who draws into error or sin. So, what was Jesus revealing by telling the accuser (satan) to get behind Him?

Anything or anyone (as well as evil spirits), causing us to question God’s will, must be told to get out of our way. Not only to the side or further ahead on the road, but entirely behind us. The reason is that we can’t trip over a rock that we’ve moved on from and passed.

Likewise, we cannot savor, or “eat and drink slowly in order to taste its full flavor and enjoy properly” the thoughts which come from the sinful, human nature (Collins Dictionary).

Peter entertained the wrong thoughts, allowing them to become a belief and influence his perspective. They came from satan, the father of all lies, who was a murderer from the beginning, and who has always hated the truth because there is no truth in him (John 8:44). Thus, we see that those who are savoring, relishing, and delighting in the things of the world, lingering and entertaining such thoughts, will act on these worldviews.

So, we must ask ourselves, “How can we expect to follow Jesus if our minds are filled with the wickedness of satan?”

He explained it best. “If you genuinely want to follow Me, you should at once altogether reject and disown your own life. And you must be willing to share My cross and experience it as your own, as you continually surrender to My ways” (Matthew 16:24 TPT).

Let’s look at it this way. If the world is before us, then to it shall we run, leaving the cross behind. We will stumble over the rocks in our road, never truly living, and knowing Christ, losing our souls (Matthew 16:26).

However, the opposite is also true. If the cross is before us, then the world is behind us (Sundar S. Singh). And if none go with us, then we can sing:

For just $100 per month you can bring the gospel to 10,000 homes. Join us as media missionaries! GIVE NOW
VIEW COMMENTS
« Why We Need To Fail More With John Maxwell A Man With A Message: Sharing God’s Word Through The Stories Of God’s People »