When A Jew Believes In Jesus, Are They Still Jewish? | God TV
Israel Insider 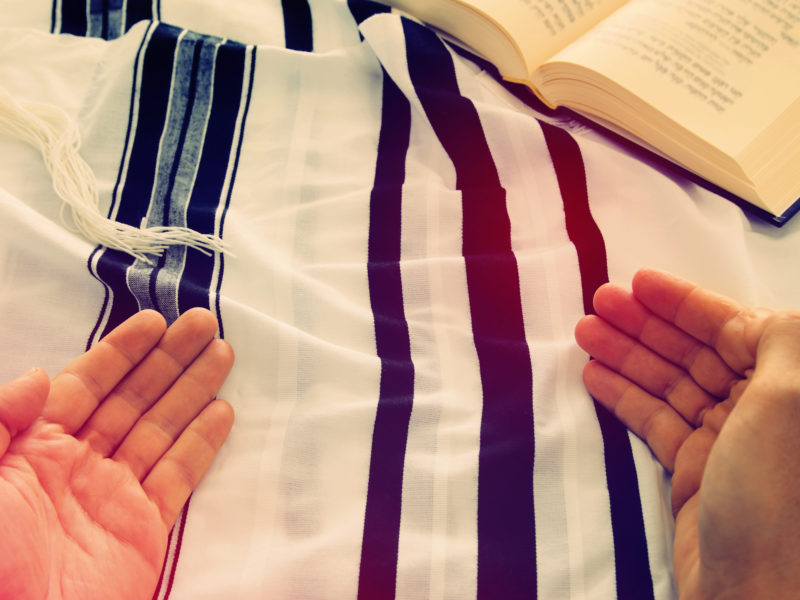 Growing up, my father had a CPA named Sidney Jacobsen. From his name, you’ll assume that he was Jewish. Sydney loved Zen Buddhism. He used to send out “Zen” tidbits in his monthly newsletter to his clients.  You know it’s really interesting? Nobody ever questioned Sydney’s Judaism. Apparently, it’s Okay to be a Zen Buddhist Jew—what some affectionately call a JewBu.

Several years ago I became friends with an Israeli living in America. He was very successful in the high-tech industry. He had served in the IDF. And he was an atheist. But when he came back to live in Israel nobody ever said, “You’re not Jewish, you are an atheist!” I guess it’s OK to be an atheist Jew.

However, over the past several weeks, here in Israel, those of us who are Jewish Israelis who believe that Jesus is the Messiah, have been told that we are no longer Jewish. Bar Ilan professor, Avi Bell calls it “patently dishonest” to claim be a Jewish believer in Jesus.

The issue could not be over the fact that they think we believe in a false Messiah. How do I know that?

Still in the Grave after all these years

In 1994 the Lubavitcher Rebbe, Menachem Mendel Schneerson, a pope-life figure to the Cabad movement, died. For years there had been whispers that he would soon declare himself to be the Messiah. Some claimed he did. Even today, there are pictures of him all over Israel that say, “Melech Hamachiah” or King Messiah. But suddenly he was dead. Tens of thousands of his followers claimed he would soon rise from the dead.

What was really interesting was that quoted Isaiah 53, the very descriptive Old Testament prophecy that speaks about a Jewish man who suffers for the sins of the Jewish people, dies as a sacrifice and then rises from the dead. For years Messianic Jews were told this prophecy speaks of Israel, not the Messiah. (I have written here why that cannot be the case.) So suddenly, this ancient prophecy that the rabbis had said for centuries is not about the Messiah, was being quoted by the most devout Chabadniks in reference to their deceased rebbe.

That was 26 years ago. He never rose from the dead. And I’m not saying this to mock them. Many of them were very sincere in their belief. I do want to make the point, that no one ever said they were no longer Jewish.

So let me ask you this: why is it then, that the 20,000 to 30,000 Israelis who believe that Jesus is the Messiah are being told they are no longer Jewish?

A Sad and Bloody History

Now, there is an answer. And it has to do with 1,900 years of Christian anti-Semitism. I have written extensively about this in my two novels, Identity Theft and The Jerusalem Secret. Countless numbers of Jewish people have died because of the Christian theology that the church is the new Israel and God has rejected the Jewish people. This understanding is called replacement theology. But this is not what the New Testament teaches and more and more Christians reject this.

The Crusaders invaded the Holy Land with crosses on their shields and they murdered Jews and Muslims in the name of Jesus. That certainly proves that they were horrible al Qaeda-like religious fanatics. But they were not following the commands of Jesus, who taught us to do unto others as we would have them do unto us and to love our neighbor as we love ourselves.

During the Spanish Inquisition, tens of thousands of Jews had to flee to other countries or be forced to join the Catholic Church. Many Jews pretended to become Catholic, and if they were caught doing anything Jewish, they would have been arrested, some of them were even burned alive—all for the sin of returning to Judaism. But Jesus never said to make followers by force, but rather “let your light shine,” as people will “see your good works and glorify your Father in heaven.” (Matt. 5:14-16)

So, if a Jewish person today picks up a copy of the New Testament without knowing any of the bloody history of Christian anti-Semitism. He reads a story about a Jewish man from the Galilee. This Jews lives a Torah observant life. He comes down to Jerusalem for the Jewish festivals. He raises the dead, heals the sick and teaches with an authority that leave people mesmerized.

Then he went down to Capernaum, a town in Galilee, and on the Sabbath he taught the people. [The Jewish people in the synagogue] were amazed at his teaching, because his words had authority… All the people were amazed and said to each other, “What words these are! With authority and power he gives orders to impure spirits and they come out!” (Luke 4:31-32, 36)

Now when Yeshua had finished these words, the crowds were astounded at His teaching, for He was teaching them as one having authority and not as their Torah scholars. (Matt. 7:28-29)

Our Jewish friend begins to love the Jewish man about whom he reads, and his teachings. He decides to follow His example like the first century Jewish in Acts (Acts 21:20). Is he no longer a Jew? You tell him that.

He will respond, “Wait a minute—everyone in this book who follows Him is a Jew, He celebrates all the Jewish Holidays—even Hanukah—He spends time at the Temple speaking with rabbis, He goes to synagogue and reads the Torah and the prophets, and he even says:

“Do not think that I came to abolish the Torah or the Prophets! I did not come to abolish, but to fulfill. Amen, I tell you, until heaven and earth pass away, not the smallest letter or serif shall ever pass away from the Torah until all things come to pass.” (Matthew 5:17-18)

In fact, did you know that one of the biggest New Testament controversies had to do with Rabbi Saul. He visits Jerusalem and that there are “tens of thousands of Jew who believe, and they are zealous for the Torah.” (Acts 21:20) But rumors were swirling, lies of course, that Rabbi Saul no longer lived as a Jew after he became Messianic. He goes to great lengths to show “there is no truth in these reports.” (Acts 21:24)

One of the very first modern Messianic Jews, Joseph Rabinowitz from Moldova, had a similar experience. On his way to pre-independent Israel in the late 1800s, he was given a New Testament. He only began to read it when he was on the Mount of Olives. He suddenly had a revelation, Jesus is the elder brother of the Jewish people. He returned to Moldova and started the first modern day messianic congregation that had hundreds of Jewish people coming every Sabbath.

You see that is our faith as Messianic Jews. We do not trace our roots back to the Inquisition or the Crusades, but all the way back to the first century when this movement was considered by all, to be Jewish. While I do appreciate the tremendous indignation over the way so-called Christians, who did not follow in the footsteps of the Jewish man from Galilee, treated Jewish people—I share in this outrage—this is no reason to deny Israeli Jews the freedom to continue to be Jewish and to express their views, just like everyone else.

I mean, if a Jewish person and can believe in Zen Buddhism or even be an atheist, why can’t I believe that Jesus, the Jew, is the Messiah?

For just $100 per month you can bring the gospel to 10,000 homes. Join us as media missionaries! GIVE NOW
VIEW COMMENTS
« Christian Athlete Katie Spotz To Run 130 Miles Nonstop For Tanzanian Communities 2-Year-Old’s Words Of Self-Love To Calm Down Reach Millions »