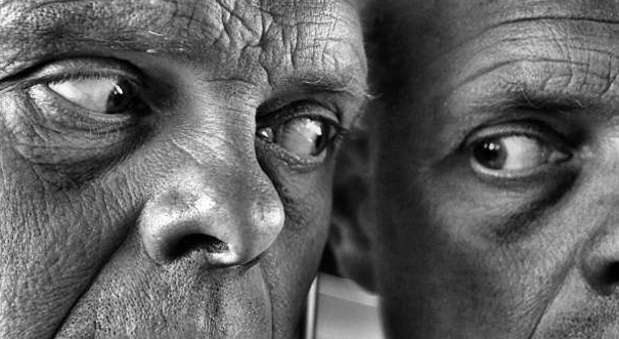 Discernment is ever so vital in this hour, but discernment can turn into a critical spirit if it’s not bound by love on both sides of the river banks. Indeed, whether you have a discerning heart or the gift of discerning of spirits, there’s always the danger of tapping into a faultfinding flow when you should be making intercession.

At Awakening House of Prayer—or when I travel as a conference speaker—I discern many things out of order in people’s lives. I recognize the spirit of rejection from a mile away and fear from even farther. I can see pride, poor attitudes and people imprisoned to any number of fleshly appetites or demon powers. I’ve discovered it’s easier to grumble and complain about people who behave wrongly than it is to hit my knees with a prayer burden and cry out to God for their freedom. But it’s not righteous, so I guard my heart from a critical spirit.

Listen to Jennifer’s podcast on criticism versus a prophetic spirit.

My spiritual father, Ken Malone, once told me, “People who walk in a high level of discernment need to walk in a higher level of humility. We all have issues and we don’t need people to point them out. Those who feel compelled to point out other peoples’ flaws constantly are elevating themselves and walking in pride. We need to strengthen people, not criticize and rebuke them as they struggle to gain freedom. There is a fine line between discernment and fault-finding. With discernment, we must walk in a high level of integrity so we don’t abuse the gift by always pointing out faults. We must temper our discernment with grace.”

Discernment is “the quality of being able to grasp and comprehend what is obscure,” also “an act of perceiving or discerning something,” according to Merriam-Webster. Discerning means “able to see and understand people, things or situations clearly and intelligently.”

The Vine’s Complete Expository Dictionary of Old and New Testament Words reveals that the Greek words for “discern,” “discerner” and “discernment” come from several words. Anakrino means “to distinguish, or separate out so as to investigate by looking throughout objects or particulars,” hence it signifies “to examine, scrutinize, question, to hold a preliminary judicial examination preceding the trial proper.” Diakrino signifies “to separate, discriminate;” then, “to learn by discriminating, to determine, decide.” Dokiamazo signifies “to test, prove, scrutinize;” so as “to decide.”

Hebrews 4:12 tells us the Word of God is a discerner of the thoughts and intents of the heart. We need to let the Lord deal with the hearts of people. He will bring people into your life, at times, so you can discern the spirits and help them break free—not so you can judge their hearts and avoid them like the plague because you have convinced yourself they can’t be helped. I’ve seen too many prophetic people with critical spirits who seek to crucify the very ones God has sent them to help deliver.

What Discernment Is Not

Presuming someone has a bad spirit based on a checklist and not direct revelation from God grieves the Lord. And even if they do have a bad spirit, we need to separate the principality from the personality, as it were. We need to love the people and hate the demons that hold them in bondage. We need to wage prophetic warfare against the devils!

Determine in your heart today to ask God to give you more discernment—and to root any critical spirits out of your heart so He can use you to help set the captives free!

For just $100 per month you can bring the gospel to 10,000 homes. Join us as media missionaries! GIVE NOW
VIEW COMMENTS
« Divine Success Billy Graham Rapid Response Team For Hurricane Dorian »