When Jezebel and Saul Conspire Against You | God TV
Articles 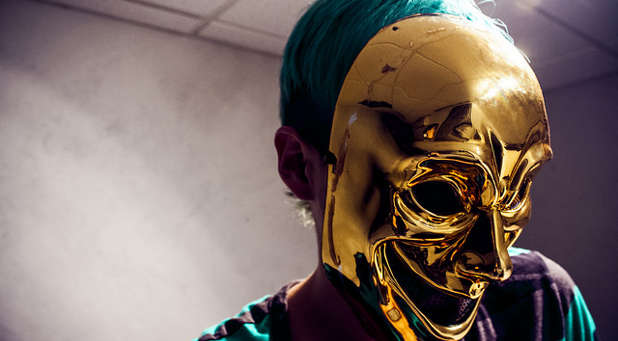 When the Holy Spirit showed me word curses were coming against me, I was sort of surprised. Given the demon-inspired comments on my articles and Facebook posts—and the hate mail that lands in my inbox every day from people who don’t believe in women preachers, 21st-century prophets or the authority of the Word of God—it seemed an obvious revelation.

So I asked Him, “Who’s releasing these word curses?” He showed me a particular church I went to many years ago. That didn’t naturally make sense to me. Why in the world would I even be on their minds, much less in their mouths, after the better part of a decade had passed?

I told the people closest to me, broke word curses, blessed the ones cursing me and moved on. I thought that was the end of it—and then it manifested. One of my colleagues received a not-so-random note from a woman attending that church. A prophet on staff wanted my friend to call her right away. Though it was tempting to have her call and find out exactly what curses were being released against me, we decided not to open that Pandora’s false prophetic box.

Listen to Jennifer’s podcast on this topic for more teaching.

In my new book, Jezebel’s Puppets, I go in depth on the many players in the spirit of Jezebel’s puppet show. The eunuchs are part of the cast, as well as King Ahab, the false prophets and Queen Jezebel’s children. I also know from firsthand experience that Jezebel, religion and witchcraft work together.

But I hadn’t connected the dots on another diabolical tag team until an apostolic leader gave me insight into the spiritual dynamics of the cursing church. He said, “Sounds like Saul and Jezebel tag teaming. Evil. You have the victory. They that are for you are much more than those against you.”

Amen. But what did he mean?

Saul was the first king of Israel. He was insecure, walked in the fear of man and was jealous. These traits caused him to lose the kingdom. In case you are not familiar with the story, here’s the recap. Samuel prophesied to Saul with clear instructions to “strike Amalek, and utterly destroy all that they have, and do not have compassion on them but put to death both man and woman, child and infant, ox and sheep, camel and donkey” (1 Sam. 15:3).

Saul went to battle but spared Agag, the best of the sheep, oxen, fatlings and lambs. In other words, he disobeyed God. This wasn’t the first time Saul disobeyed. In 1 Samuel 13, Saul made an unlawful sacrifice, he says, “Because I saw that the people were scattered from me, and that you did not come to the appointed assembly days” (1 Sam. 13:11). Fear of man is no excuse for disobeying God.

The Lord regretted making Saul king, and it was the beginning of the end. Samuel told Saul, “The Lord has torn the kingdom of Israel from you this day, and has given it to a neighbor of yours who is better than you” (1 Sam. 15:28). That better neighbor was David. When David was rising to prominence in Israel, Saul grew jealous and tried to kill David at least 12 times in 1 Samuel 18-19.

So where does Jezebel come in? In the case of the old church I mentioned, the senior pastor was operating in a jealous Saul spirit. Saul leaders oppose the emerging move of God. Saul leaders operate in intimidation, control and fear instead of lifting up the next generation of leaders—and sometimes Saul will send Jezebel and her witchcrafts to hinder you.

In my story, it seems Senior Pastor Saul sent Prophet Jezebel to a close friend with an intimidating message hoping to bring division or breed strife. The Bible talks about Jezebel and her witchcrafts in 2 Kings 9:22. Jezebel’s witchcrafts include word curses. A word curse is a form of witchcraft that taps into the power of death that’s in your tongue—or someone else’s tongue. This spirit of Jezebel can work through people to release word curses.

Remember when Queen Jezebel sent a messenger to Elijah with a curse on his life? “You killed my prophets. Now I’m going to kill you! I pray that the gods will punish me even more severely if I don’t do it by this time tomorrow” (1 Kings 19:3, CEV). Notice that Jezebel sent a messenger, just like in my experience. Jezebel’s word curse carried a spirit of fear that sent Elijah running to hide, wishing he was dead. Again, we decided not to open Pandora’s false prophetic box but to bless instead.

The lesson is this: We wrestle not against flesh and blood, but we are wrestling against a hierarchy of demons listed in Ephesians 6:12. Those principalities, powers, rulers of darkness and the like can influence people who are insecure, jealous, controlling or otherwise carnal to attack you with word curses. Our job is to break the curses, pray and bless the abusers and walk in love. There is no other way.

For just $100 per month you can bring the gospel to 10,000 homes. Join us as media missionaries! GIVE NOW
VIEW COMMENTS
« Courts Squabble Over Gender-Segregated Concert for Ultra-Orthodox as Event Proceeds 700 Club Story: State Trooper Miraculously Survives Accident »