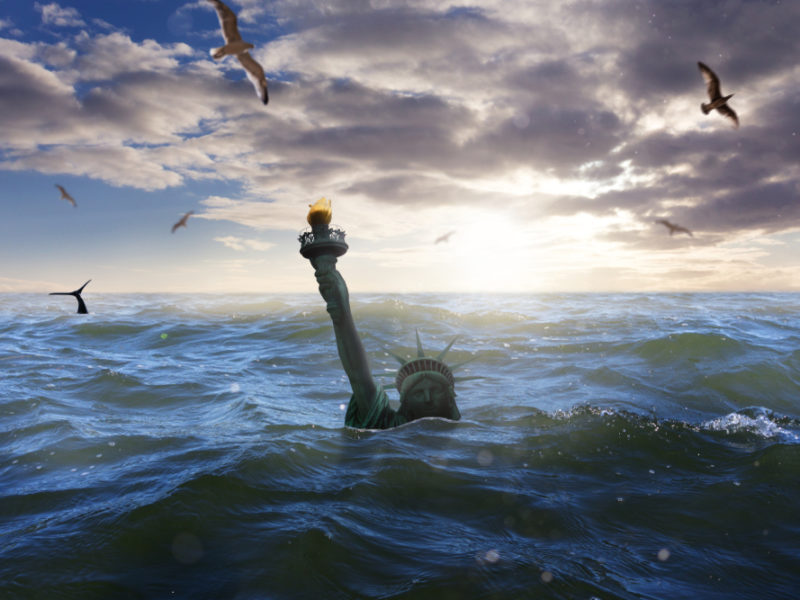 China. Africa. Nigeria. Sri-Lanka. All these areas have seen a recent escalation of Christian persecution. From imprisonment to genocide, these atrocities are splashed across the headlines. Or are they? Quite honestly, it seems that the only place you will see what is really going on around the world in regards to Christian persecution is on websites like CBN, GODTV, and occasionally FOX News Channel.

So, I ask, why isn’t the persecution of those who follow Christ headline news in America? Could it be because it does not fit a narrative? If all lives matter, then why don’t Christian lives matter? This situation grows worse and worse as time marches on.

The One Side of the Fence

One point of view discounts these events because they are far away, in another country, somewhere where it does not have a direct impact on you and me. We think, “I can still wake up, go to my job, come home to my family, go to church on Sunday and not fear that those liberties could slip away.” We justify it because we are in America – the land of the free. We have laws and rules that give the ability to worship freely. Those things could never happen here. We tell ourselves these things in hopes that they remain true.

We are Not That Far Off from Christian Persecution

However, little by little the freedoms we enjoy today are being taken away. We witness it when we hear about someone being offended over terminology being used. The term ‘inclusive’ is thrown around and it is ripping at every fabric of our society. Words like handyman, congressmen, servicemen, mailman, even mankind has become offensive. If one attempts to use these words they are called out for discrimination. When a sports team does not accept a member of the opposite gender, they are berated for not being inclusive.

Where does it end? People are being offended by the simplest of things. We are growing a generation who is being offended because someone else has an opposing point of view. One can not say Merry Christmas because it may offend someone who does not celebrate Christmas. We cannot display an American Flag because it may offend someone who was born in another country. It is now offensive to cheer for your team because the losing team will feel bad. No one loses, everyone gets a trophy.

So, if certain words and behaviors are now deemed offensive, then who is to say it cannot spill over into other areas of society. We know we can’t say God Bless You to someone who sneezes without the fear of offending them. What if the very mention of Jesus could land you in hot water? What if being a follower of Christ brought on Christian persecution?

Christians have already become withdrawn out of fear of offending someone. Then, of course, offending is not too difficult to do anymore. People get offended if you don’t like the color of their shirt. But what if it became illegal to tell your friend that their blouse looked bad on her? What if you could face penalties or jail time by not agreeing with the popular trend?

This is the theme of The Five Barred Gate. My first novel tackles this controversial issue. The book’s synopsis reads as:

Have you ever wondered what would happen if the Non-Offensive Movement in the United States became federal law? What would happen to the freedoms guaranteed to us through the Constitution? This is the story of Jacob Andrews. He is faced with the decision to follow his heart and disregard what the law says about how he should live; even if it means his life.

I wrote this book shortly after I had a dream about it being illegal to be a Christian. These laws begin in a small town, with a case of a churchgoer feeling offended at being labeled a sinner. It blows up into full-on war between a group of Christians desiring to share the Gospel, and those that are empowered to enforce the laws that forbid them from doing so.

Our country may not experience mass genocide like those in other countries. Our government is not going out and demolishing churches like they are in China. But day by day, we are losing our freedoms. The issue is that it is so subtle, that we do not realize what is going on. Will we remain ignorant until one day we wake up and read that something happened to someone we know or love because of what they believe.

The better question is, where will you stand on that day? We feel persecuted at work or school if someone laughs at us because we pray. We say we are persecuted because the Ten Commandments and prayer are taken out of school. But we have never experienced the pressure of our life being on the line because of our faith. What if, like the Christians in these countries, a gun was put to your head and you were told to renounce Christ or die… or worse, what if a gun were to put your child’s head. What would you do? Yes, we all would like to say we would stay faithful until the end. But, isn’t that what Peter said… and he was WITH Jesus.

What would you do?

I encourage you to pick up my book and see how Jacob and his circle of believers react to the threat to their faith. I pray it will challenge you to take a stand. To remain firm in Christ until the end. To remain faithful, no matter what.

For just $100 per month you can bring the gospel to 10,000 homes. Join us as media missionaries! GIVE NOW
VIEW COMMENTS
« Jihadist Sees God In A Dream And Confesses “I Fell In Love With Jesus” CMA Awards Guest Host Dolly Parton Brings Christian Faith On Stage »