BREAKING
Israel-led Team Solves Mystery Why Lightning Strikes Fewer Times Over The Ocean...
Tourism In The Holy Land Is Soaring Back Up To Pre-Pandemic Highs
Lapid Speaks Directly To Palestinians—Offers Them “Another Way” Out Of The Ongoing...
Home Video Where Are We in God’s Timeline? Back in the Days of Noah?

Where Are We in God’s Timeline? Back in the Days of Noah? 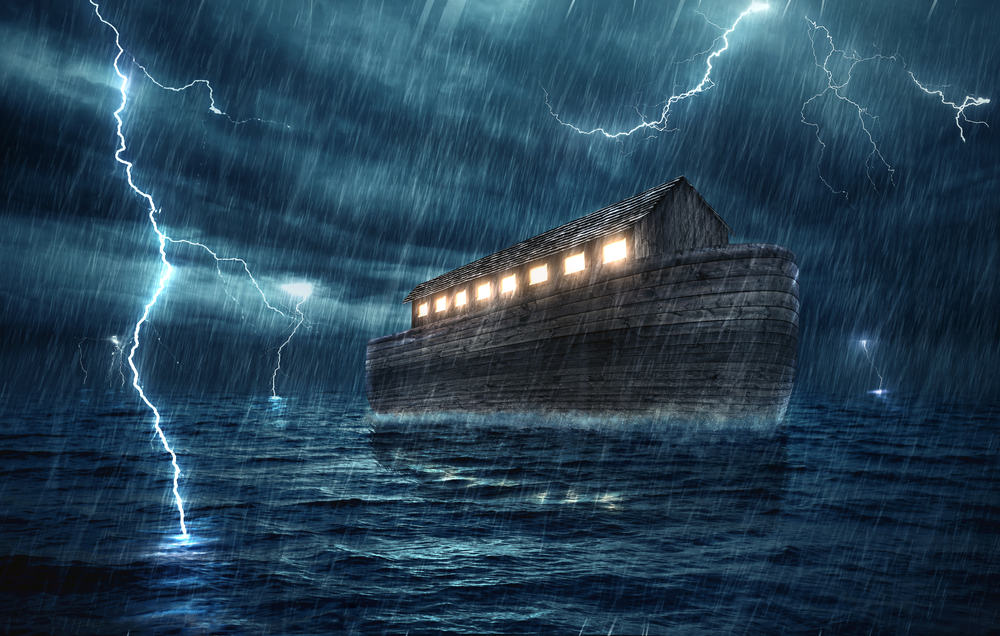 Date setting is not something any serious Bible scholar would participate in today. There have been too many predictions of the end of the world which have not come to pass. However Jesus said we can know the season so we are not caught unaware.  So, where exactly are we in God’s Timeline?

Some End Time Experts warn that the Rapture of the Church could happen at any time, starting the Great Tribulation. Others outline the sequence of events that need to be in place before the Tribulation can commence and what happens during this final seven years on the earth.  Author, David R. Parsons of the International Christian Embassy in Jerusalem (ICEJ) has a different perspective.

He believes we are living in the period before the Great Tribulation, known as the End of Days or as Jesus described them as being like the Days of Noah. The ICEJ tends to look at Bible Prophecy on the bright side, celebrating the return of the Jews to their ancient homeland; the restoration of Israel and God’ redemptive process.

Just as Noah was given 120 years to build the ark, after God’s judgement on the wickedness of mankind, David believes the rebuilding of Israel is an analogy to the ark. This shows God’s long suffering towards the rebellion of the world’s people, giving them the longest possible time to repent.

“The rebuilding of Zion and the restoration of Israel is the greatest sign to our generation, that judgement is coming,” he says.

In his book, Floodgates, which is published by Whitaker House, David brilliantly pinpoints the days we are living, offering hope to a wide audience of readers, particularly millennials. He has served for some 20 years at ICEJ  and has a thorough understanding of the Bible and prophecy, particularly with regard to the Days of Noah, both then and now. Floodgates offers his analysis of today’s world and makes for fascinating reading.

David expertly discerns man’s moral rebellion as stemming from Darwinian Evolution and how this confuses man’s moral accountability to the Creator leading to idolatry, immorality and violence. It is because of this rebellion against God that judgement is coming upon the earth. However, as with Noah there is a righteous remnant that every believer living today can be a part of.

As he examines the Days of Noah and looks at the flood references of Jesus, Peter, Jude, Paul and John David reveals how God’s Word remains as relevant as ever in these modern times.

Gordon Robertson of CBN calls Floodgates, “A masterful explanation, with in-depth review of scripture, archeology and history” and Dr Jürgen Bühler of the ICEJ says it is “an excellent tool that will help keep the Church from repeating the mistakes of the past and prepare for the trials ahead.”

As its back cover says, “Floodgates unravels precisely what happened in the Flood of Noah and explains why this important Biblical event is so analogous to our day. By tracking humanity’s moral slide during Noah’s generation, we roll back the curtain on our own times in remarkable ways.

“We also discover a clear Biblical paradigm for determining where we are on the prophetic timetable, based on the actual teachings of Jesus and the apostles. After reading Floodgates, you will know if the countdown to final judgement has already begun.”

Visit Floodgates to order your copy.

David R. Parsons is an author, attorney, journalist, ordained minister and Middle East specialist who serves as a Vice President and Senior Spokesman for the International Christian Embassy in Jerusalem.

After practicing law in his home state of North Carolina for five years, he served as a pro-Israel lobbyist in Washington, DC before joining the ICEJ in 1995 where he is responsible for its public relations and media contacts with the Israeli and foreign press corps, as well as editing its various publications.

Since becoming ICEJ media spokesmen in 1997, he has conducted interviews with journalists from around the world and his commentaries have been published worldwide. David lives in Jerusalem with his wife Josepha, and son Yonathan Amos.