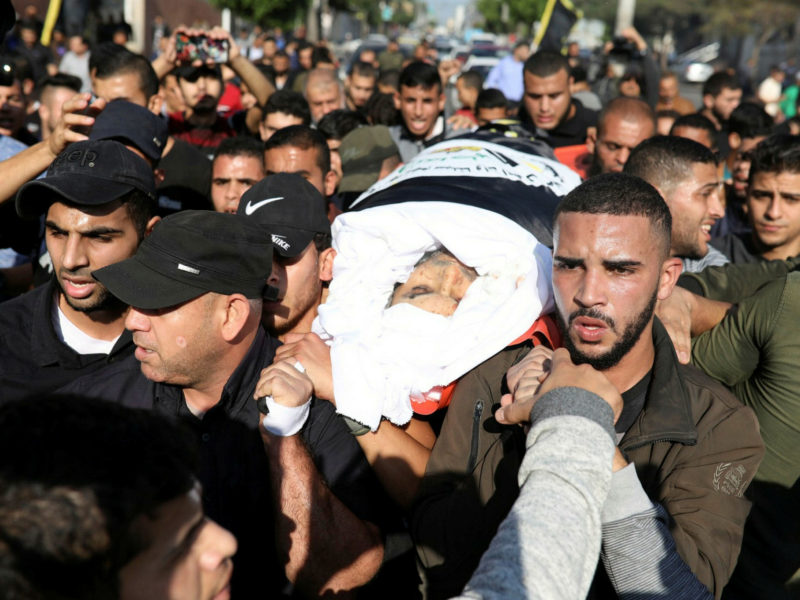 He was born in November 1977 in the Shaja’iyeh neighborhood in the Gaza Strip. He was married to Asma, who was killed in the Israeli strike on Tuesday morning, and the father of five children.

After being educated in Gaza schools and studying sociology at the university, Abu al-Ata joined the Islamic Jihad in 1990 and quickly rose through the ranks until he was appointed the commander of the battalions in the northern Gaza Strip.

The details of his career as a terrorist are not clear, as the organization adheres to the rules of secrecy, but his name has been mentioned in Arab media as one of Israel’s most dangerous enemies, along with Iranian General Qassem Suleimani and Hezbollah leader Hassan Nasrallah, with both of whom he was close.

Abu al-Ata was very close to Islamic Jihad’s Secretary-General Ziad Nahala, and sources in the Gaza Strip said that “the two were out of control and led an aggressive and unruly line led by Iran, while Hamas failed to calm them down.”

Al-Ata, they say in Gaza, “acted on his own accord and was not accountable to the Egyptians or even the Qataris.”

Al-Ata’s ties with Iran have made him a powerful force in Gaza, but have also placed him in the crosshairs of the Israeli intelligence. Various sources indicate that he was the most important contact between the Islamic Jihad’s headquarters in the Gaza Strip and its headquarters abroad, in Damascus and Iran.

The US, too, has recognized Abu al-Ata as a threat and leveled a series of sanctions against him, stressing that he “posed a threat not only to Israel.”

Sources in the Gaza Strip say that in the past, Abu al-Ata was arrested several times by the Palestinian security forces.

He was first exposed to the media in January 2019 when he was photographed being carried by his men during the riots on the Gaza border.

According to Israeli sources, Abu al-Ata was a “ticking bomb” and was therefore eliminated. Arab sources link him to the planning of a serious terrorist attack, probably as part of Iran’s response to the military blows the IDF has dealt it.

Abu al-Atta became famous when he fired missiles at Ashdod while Prime Minister Benjamin Netanyahu was speaking and was forced to leave the podium. Al-Ata’s actions included the firing of missiles at Israel two weeks ago.

Al-Ata was also responsible for the organization’s finances and led the development of weapons.

He was also involved in politics, and was recently in Egypt as part of an Islamic Jihad delegation’s consultations with Egyptian intelligence, and received an incentive in the form of the release of 81 Islamic Jihad operatives detained in Egypt.

Abu al-Ata has survived three assassination attempts, including one attempt during Operation Pillar of Defense in 2012 and the other during Operation Protective Edge in 2014, when his home in northern Gaza Strip was bombed and destroyed.

He was in direct contact with the Islamic Jihad political bureau chief Akram Ajouri, who survived this morning an Israeli assassination attempt near the Al Mazze neighborhood in the heart of Damascus.