Why Color Is Not The Crisis | God TV
Articles 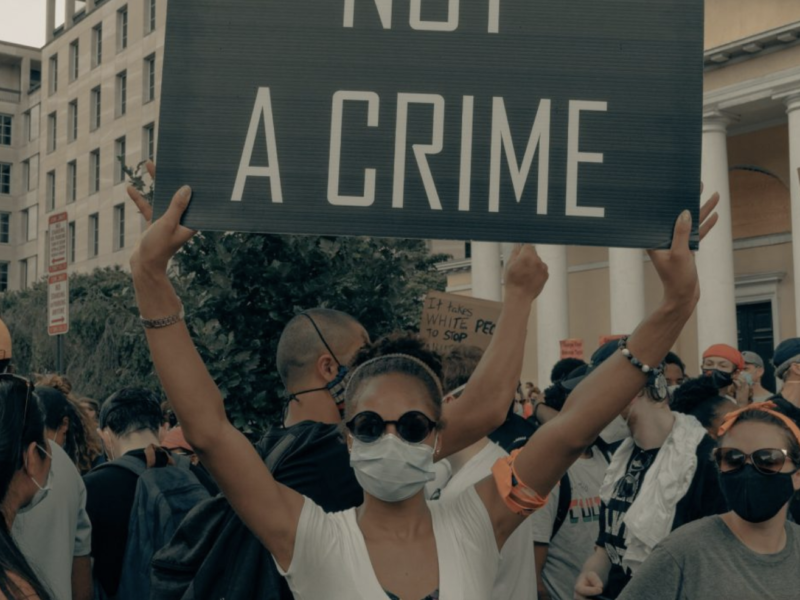 In light of the present civil unrest, the sole focus has been on prejudice as it relates to skin color, with many Blacks accusing White individuals of oppression against them and pointing to the “White Privilege” they enjoy in society.  In my opinion, discrimination based on skin color is a secondary issue, not the root issue. The root issue is humanity’s alienation from their Creator, which began during the Fall when Adam disobeyed God. This started a process of tremendous pain that pitted human beings against one another.

The first homicide had nothing to do with racism. Cain slew his brother Abel out of jealousy (Genesis 4). Hence, human alienation from God had immediate consequences resulting in hatred and murder. The apostle John said that if we hate our brother, then we do not have the love of God and that we are abiding in death (1 John 3:11-15). According to this interpretation of Cain’s wicked deed, it was inspired by the evil one who took advantage of the sin of jealousy in his heart. Satan compels us to do what we are already entertaining in our hearts.

Some have mistakenly claimed that the commandment by God to Adam to have dominion over His creation, (“The Dominion Mandate”-Genesis 1:28), offered one group of human beings the right to have dominion over other less developed or less civilized humans. This erroneous hermeneutic could have been used by some European colonialists to subjugate non-Europeans because they believed Genesis 1:28 granted them the “manifest destiny” to rule the world for Christ. However, a closer look at Genesis 1:28 illustrates that the “Dominion Mandate” was granted to all of humanity (not just to one ethnic group) to cultivate the earth. It could not have referred to exerting dominion over other less civilized humans since the earth was not yet populated when God spoke this to Adam and Eve.

In general, all humans who steward the created order are walking in this command irrespective of their ethnicity. (Although promoting the first two chapters of the Genesis account is counter-cultural in contemporary times, especially in regards to its theistic worldview.  This theistic worldview recognizes only one expression of marriage with only two genders, male and female, as seen in Genesis 1:27).

Slavery is one of the cruelest manifestations imaginable regarding abuse among the human race.

The first illustration of slavery in the Bible.

The first illustration of slavery in the Bible was not between Whites and Blacks, but between Egyptians who subjugated the Hebrews. Since Egypt is considered a part of North Africa and the Jews of those days would not look like the European Caucasians of today, slavery was African peoples subjugating people of Middle Eastern background (who probably had olive-colored or brownish skin tone).

During the days of Jesus, most of the population of the Roman Empire were slaves. Although this could have involved some light-skinned Europeans enslaving dark-skinned people from African nations, it most definitely involved Western Europeans enslaving other Europeans with similar skin color.

Slavery during this time most likely had nothing to do with ethnic racism but was encouraged because it directly impacted economics and those in power. Furthermore, even when we read the Spanish and Portuguese historical accounts, the use of African slaves started in the 13th century. In many instances, the slaves were not kidnapped but sold by their tribal heads for economic reasons. Hence, Africans participated in the wicked slave trade for their sustenance.  This increased the slave trade in Europe, including its expansion into the British Empire and initiated slavery in the United States.

During four months in 1994, there was an attempt to commit genocide against the Tutsi people by the Hutu. This was a demonically inspired (systematic) plan based on historic grievances by one Black tribe against another in this African nation.

Today, some will argue that Africa is again the world’s epicenter of modern-day slavery. One slavery index found the following, “In recent years, serfdom in the continent has attracted global attention after videos showed slave markets in Libya where African migrants were being auctioned off in car parks, garages as well as public squares.”

I wonder why the “Black Lives Matter” movement doesn’t address this horrific situation taking place in our day? Is it because it doesn’t fit into their White against Black narrative? If Blacks indeed do matter in the USA, shouldn’t they also matter in other nations? I think the poor, enslaved, and persecuted Blacks in Africa have the same human worth and value as Blacks, Whites, and all ethnic peoples everywhere else! It’s unfortunate that Black civil rights leaders and political leaders in the USA are not raising their voices against this injustice.

In our own country, we see high instances of “Black on Black,” “White on White,” and “Latino on Latino” crime.  It is not just relegated to White on Black crime or seen only when abuse is committed by White police officers on Black citizens. Hence, to my point, the main issue is a “sin” issue and not merely a “color” issue

We all know that the USA has many warts related to its initial history, none worse than the legal integration of African slavery into the southern economy. This resulted in the “war between the states” where thousands of mostly White northerners lost their life fighting against slavery.

I agree that the Confederate flag and monuments to its southern separatist war heroes should be relegated to museums instead of being allowed to be displayed in the public square. I also believe that “Juneteenth” celebrating the Emancipation Proclamation that freed the slaves should be a national holiday. However, I do not think every vestige of American history should be deconstructed nor should statues be torn down by an angry mob. These issues should be debated and statues removed according to the legal and orderly process.

It’s one thing to point out that some of the founding fathers like George Washington and Thomas Jefferson were slaveholders (forever diminishing their standing in the eyes of some), it’s another thing to tear down the flag of a southern secessionist group that wanted to divide our nation!

Along the lines of this reasoning, I agree with Dr. Michael Brown who tweeted, “In the spirit of pulling down historic statues and removing “racist” brand names, should there be a move to cancel the Democratic Party, since the Democrats were the party of slavery, segregation, and Jim Crow?”

If we are going to go as far back as colonialist, Christopher Columbus, and tear down his monuments, why not also hold the African nations accountable for who participated in the American slave trade by selling their people? Where does it end?

I will tell you where all these roads eventually lead to, they lead to the beginning.  It started in the Garden of Eden, when our common parents, Adam and Eve, disobeyed God. This had cosmic consequences (not merely individual) since it negatively impacted every level of human reality, such as the spirit, human relations, the physical ground, the animal and plant kingdom, and the immediate heavens (Genesis 3).

I believe now is the God-ordained moment for a healthy dialogue between White and Black citizens of America and beyond. I contend that we cannot lose sight of the fact that the only true cure for individual and systemic racism in the world is a strong, united Church that preaches the Gospel of the Kingdom of God.

Only the gospel can restore individual sinners to the Father and garner the intellectual and political capital necessary to reflect systemic biblical justice in the earth.

For just $100 per month you can bring the gospel to 10,000 homes. Join us as media missionaries! GIVE NOW
VIEW COMMENTS
« Pharrell Williams Launches Netflix Series Promoting Gospel Music See What God Is Doing In Lockdown And Beyond »