Why Do I Feel Separated from Jesus? 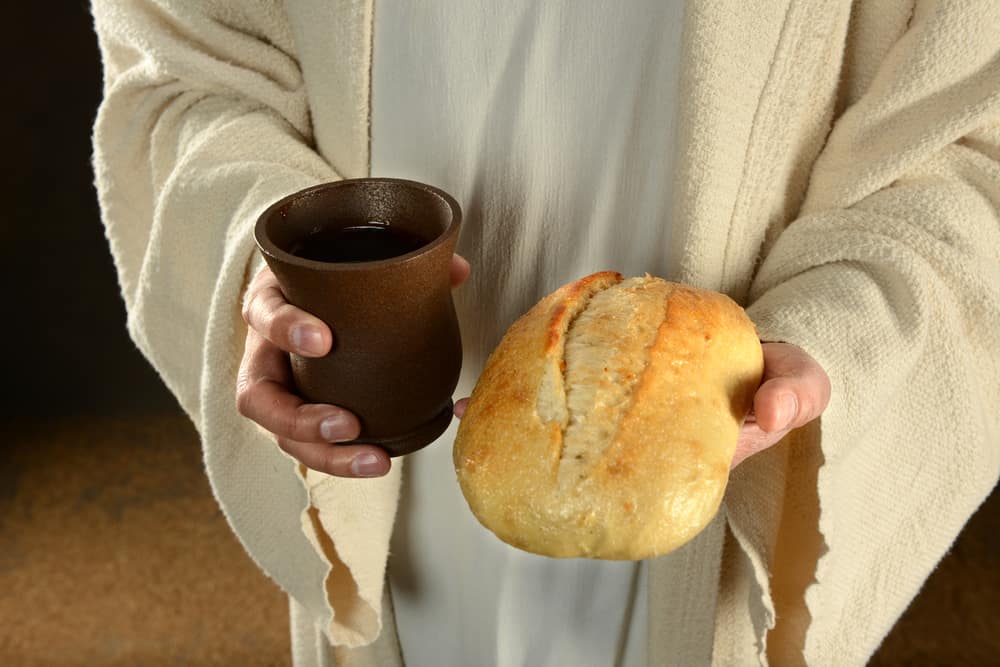 I recently had a dream where Jesus and I were walking in the same direction, looking at each other, and smiling. But after a few moments, I realized He was walking on a long straight dock on a lake headed back to shore, and I was walking on a parallel dock doing the same. We were going in the same direction but there was a lot of space between us.

When I woke up, I had my answer.

I had been asking God what was different. Everything looked and seemed the same on the outside, but inside I knew something was off, but I couldn’t put my finger on it. I faithfully had my quiet time, continued ministering to others through the church and personally, but still… something was different.

It was the space

Jesus didn’t do it. I did. I had been given an assignment years ago – one that I gratefully accepted and accomplished – or so I thought. Sometimes our disobedience is actually unintentional. I had assumed I had finished what God had asked of me. But in all actuality, He never told me to stop. So although I wasn’t in trouble or sinning, I had allowed space between me and Jesus because I let something go.

Have you ever done that? Have you ever let go of Jesus’ Hand with no intention of walking away but later realized letting go also led to space between the two of you? The Bible says, “Two are better than one, because they have a good reward for their toil. For if they fall, one will lift up his fellow. But woe to him who is alone when he falls and has not another to lift him up! Again, if two lie together, they keep warm, but how can one keep warm alone? And though a man might prevail against one who is alone, two will withstand him– a threefold cord is not quickly broken.” (Ecclesiastes 4:9-12).

Through my dream, God revealed that although Jesus was close (He doesn’t leave us), the aloneness I was feeling is because I let go of what God had told me. In the natural, if I was walking alone on one dock and my husband on another, and one of us tripped and fell, we’d see it and want to help. And in a matter of moments, could jump and swim to the other or run the length of the dock across the distance and back up the other to help. But it’s not the same as walking hand in hand when one falls.

The help and support is much quicker.

I can’t help but think of Peter when he obeyed Jesus’ bid to “Come” and he stepped out of the boat to walk on the water. As long as he stayed with the instruction to come, he was fine. But as soon as he allowed his eyes to stray to other things, he lost his confidence and the supernatural support under his feet. But amazingly, Jesus was right there when he called out for help.

That’s the difference between my earlier example of my husband and I walking on different docks, versus Jesus. Jesus is there instantaneously when we call out – despite the previous space between us. And another amazing thing to note is how gracious God is to us. For the Scripture says, “Everyone who believes in Him will not be put to shame.” (Romans 10:11). There’s no condemnation to those who call on Jesus. He just shows up with a smile.

I’m encouraged today. Sometimes all we need is a reminder and a small adjustment. I encourage you to ask God to show you where you’ve allowed some space between you and Jesus. Hand in hand is better than going it alone.

This article was written by Daphne Delay who is an author, speaker, and podcaster with a passion to help this generation discover who they are in Christ. She is the author of Facing the Mirror, Facing the Enemy, and Facing God. Daphne also blogs nuggets of spiritual growth and encouragement regularly at daphnedelay.com

Daphne Delay is an author, speaker, and podcaster with a passion to help this generation discover who they are in Christ. She is the author of Facing the Mirror, Facing the Enemy, and Facing God. Daphne blogs nuggets of spiritual growth and encouragement every week at daphnedelay.com on the subjects of faith, purpose, and self. You can also catch her weekly podcast, Identity Advantage on iTunes. Daphne knows first-hand what unworthiness, guilt, and condemnation can do to a believer. After an encounter with God at age 21, she discovered the truths of our righteousness in Christ — which she now teaches and ministers in a simple and easy-to-grasp-and-apply approach. She and her husband, Tod, are the senior pastors of Transformation Church in Seminole, Texas.