Why Do Scholars Use Palestine For Israel? | God TV
Articles 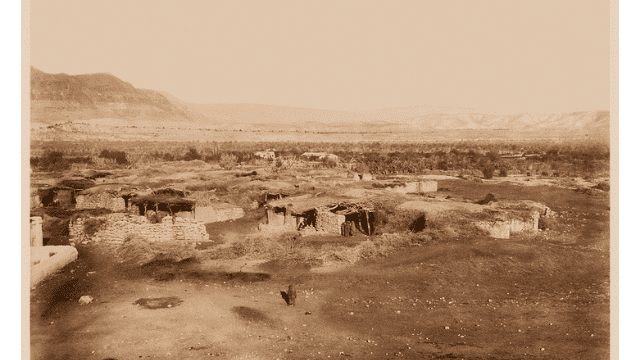 Scholars use the word “Palestine” almost exclusively when referring to Israel in the time of Yeshua. This is the accepted word since Israel was not an independent nation in the first century—and in fact, the northern tribes that made up the Kingdom of Israel had been taken into captivity in 721 BCE. What was once ancient Israel was divided into two sections which we see in the New Testament, Judea in the south and the Galilee in the north, and Samaria was in between them.

But let’s get back to the word Palestine. Whenever I would read anything scholarly and see the usage of the word Palestine for the land of Israel, a term that was given to the region over 100 years after Yeshua’s death and resurrection, I would get angry. I would wonder, “How can these scholars be so stupid? Surely they know that Palestine was not used to describe the former nation of Israel in the first century!”

Let me give you an example from New Testament Scholar Dr. Craig Blomberg:

“When these kinds of phenomena occur, we may suspect that we are in touch with tradition at least as old as early Palestinian Jewish Christianity, perhaps dating back to Jesus himself.”

Can you think of a more confusing statement? Palestinian-Jewish-Christianity… Statements like this showed me that it is not because of an anti-Israel bias that scholars use Palestine. It is just the agreed-upon term so that there can be uniformity in the discussion. And it was agreed upon long before Arabs who live in Israel or the disputed territories began to refer to themselves as Palestinians in a national way (in the 1960s).

In fact, now I’m glad that they used this word. Why? Because if they’re referring to a region of the Middle East that was once the nation of Israel, that was divided into Judah and Israel, as Palestine—at a time when there was clearly no Palestinian ethnicity, it proves the myth of Palestinian nationhood, culture, language—none of which existed until recently.

I have respect for all human life, as we were all created in the image of God. I also have respect for truth and history. And while I have compassion over the plight of the Arabs who live in Israel and what are now referred to as the Palestinian territories, it is important to be true to history.

While Arabs have certainly lived in the region for centuries, they never had or sought a “Palestinian State.” The area of Israel was under Muslim rule for the latter centuries until the crusades that began in 1099 CE. During this time, there was no Palestinian state or people.

After various entities, both Christian and Muslim, ruled the territory, the Ottomans decisively captured the region (not nation) of Palestine in 1516 and, for 401 years, ruled over her without ever having the thought of creating a Palestinian state. And why would they? There was no such thing as a Palestinian ethnicity.

It is true, over time, the people who lived there began to refer to themselves as Palestinian, but NEVER as an ethnicity and not just Arabs, but all people, including Jews, called themselves Palestinian—and why not, it had now been called Palestine since 130 CE. I grew up thinking that Palestine and Israel were synonymous.

The original name of the Jerusalem Post was The Palestine Post. This was at the height of the Zionist movement in the 1930s and 40s. Why would a Jewish-owned, Zionist newspaper name itself after the nation it wanted to replace? Of course, it would not because there was no nation to be replaced. Palestine didn’t mean then, just a few decades ago, what it means now.

The Turks lost control of the region in World War I. As a result, the British were given a mandate from the League of Nations (forerunner to the UN) to govern the area, with the goal, as expressed in the Balfour Declaration, of creating a homeland for the Jewish people.

My point is that there’s never been a Palestinian state. Israel did not ethnically cleanse the Palestinian Arab people. There has been no genocide (see “Holocaust” to understand what genocide is!). When scholars refer to Palestine in the first century, they are not talking about a former Arab nation, but the region of the Middle East that the Jewish people settled when they came out of Egypt and into the promised land well over 3,000 years ago.

For just $100 per month you can bring the gospel to 10,000 homes. Join us as media missionaries! GIVE NOW
VIEW COMMENTS
« God’s Word For You Today: You And God Are The Majority Man Marries Woman Who Suffered From Domestic Violence & Adopts Her 3 Kids »