Why Jews Don’t Want to Be Saved | God TV
Articles 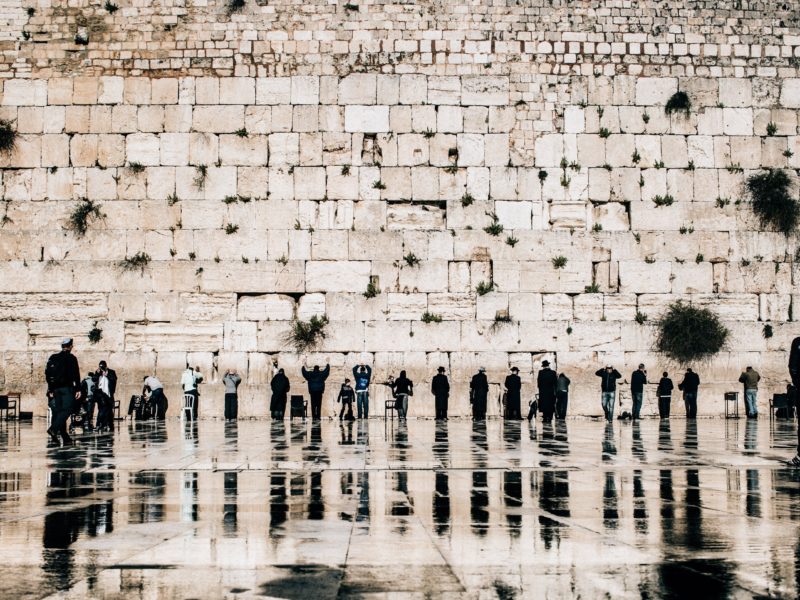 It was so cold in Millington, TN that the radiator of my 1968 Camaro froze solid and I had to shut off the motor so that the engine would not be damaged. The snow was heavy and I didn’t want to sit in my car while waiting for the engine heat to unfreeze my radiator so that I could drain the water out and replace it with antifreeze. I stepped out of my car and, as if it was a sign from G-D, I saw the neon lights which read “free coffee and doughnuts.” I opened the door and walked into the storefront. As I shook the snow from my boots and looked around inside, I saw a few tables surrounded by folding chairs and a “living room” set of easy chairs and a couch arranged around a coffee table and could smell the coffee.

The only people inside the place were a few other sailors playing cards and the husband and wife team that ran the place. The couple waved me in and invited me to fill up a cup of coffee. We made small talk about my car for a few minutes and then it happened. They asked me a question that afternoon that I heard for the first time in my life. They looked me deep in the eyes and said, “Are you saved?” I am sure that my reaction shocked them a little – not because I was rude or aggressive in my response. It was because I had no reference point for such a question. At first, I misunderstood the question and thought they were asking “are you safe,” in reference to my car overheating. When I answered that I was fine but the car would need some time before I could start it again, they repeated the question: “Are you saved?” This time I was certain what they were asking, but also totally confused about what they were asking. I asked them back with a strange curiosity brought about by watching too many science fiction movies, “Saved from what?”

That was when I realized that under the neon lights saying “free coffee and doughnuts” was a smaller sign saying “Christian Servicemen’s Center,” which had been obscured by the snow on the outside of the window, but was very clear and visible from the inside of the center. I quickly thanked them for the coffee and made my way awkwardly out of the building in search of the nearest auto repair shop or parts store.

As I look back at that day, I know that those people were doing everything they knew to fulfill the Great Commission and I appreciate the love they showed to me and respect their efforts to share Messiah with the servicemen stationed in their community. I also remember the expressions on their faces as I nearly ran from their building with the speed of someone trying to escape from an alien abduction. Everything they said to me was foreign or alien to me as a young Jewish man – not only the Jesus they were teaching, but also the very idea of being saved.

In Judaism, we think in terms of living within the eternal covenants of G-D. These covenants were made with Adam, Noah, Abraham, Isaac, Jacob, Moses, David, and others. Each of these covenants were made by G-D with His people and every one of them is eternal. We live either inside of the covenant or outside of the covenant. We either live in His righteousness (never our righteousness, because it is based upon His covenant, not our works) or outside of His righteousness. We are not lost waiting to be saved. We are inside or outside of an already provided covenant complete from before the foundation of the world. Jewish people like myself may not recognize Yeshua as the Messiah, but they understand the concept of Messiah. So, that day when I heard those words for the very first time, I didn’t run because I rejected Messiah; I ran because I rejected the concept of being lost vs. found. I was never lost; I had simply not yet understood my need for the wholeness, healing, and restoration provided through the fulfilment of G-D’s covenant.

It is vital to understand that everyone who comes to a faith-understanding of the redemptive work of Yeshua, whether Jewish or non-Jewish, enters into the same covenant relationship. They are either natural branches or wild branches grafted into the same olive tree of Israel. Paul said Gentile believers become a part of the commonwealth of Israel, as we read in Ephesians 2:12:

12 At that time you were separate from Messiah, excluded from the commonwealth of Israel and strangers to the covenants of promise, having no hope and without God in the world.

By the way, when you have a chance to look up the Greek word translated “saved,” it is also translated restored, healed, renewed, made whole, all words which fit perfectly into the concept of a covenant relationship. In closing, have you ever wondered how people’s names were blotted out of G-D’s book if they were not “saved” yet? Well that is a question for another blog another day.

For just $100 per month you can bring the gospel to 10,000 homes. Join us as media missionaries! GIVE NOW
VIEW COMMENTS
« Palal – Discover The Ancient Hebrew Meaning Of Prayer God’s Word For You Today: God Will Give You Back Better Than What You Lost »