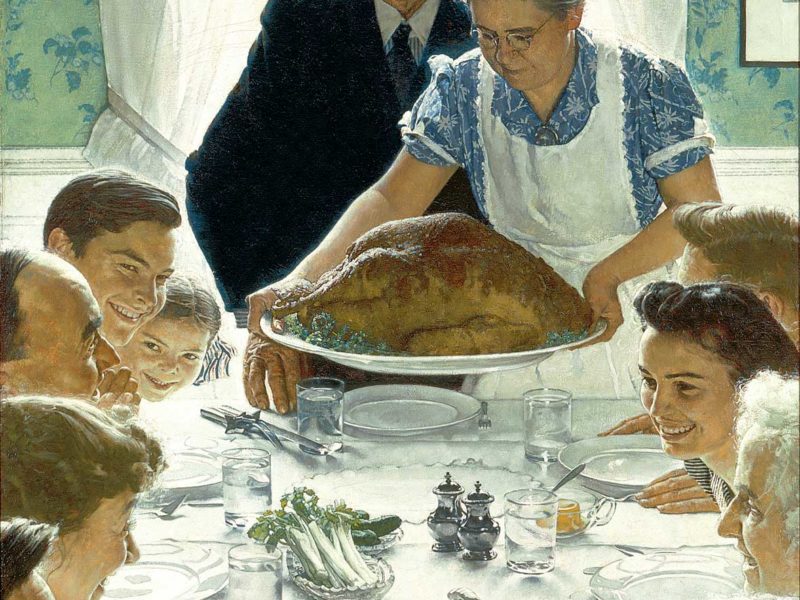 Much can be said for being thankful but, in the United States, we celebrate Thanksgiving on the fourth Thursday of every November.  Why? Well, here’s a story from history about the importance of this wonderful day.

In the early 1600s, there were two groups of religious people in England: The Puritans and the Separatists.  Both groups recognized a need for change in the church and the Puritans proclaimed they would effect change from within the church while the Separatists boldly pronounced they would effect change on the outside of the church.  Both groups were adamant about their stance on the subject.

For the Separatists, life became very difficult and they were often punished for their stand against the organized church. One Separatist was being chased by some officials one day and he took cover in an old barn.  He was quite a distance ahead of his pursuers so, while he was hidden in the barn he could see the door that was open and watched as a spider weaved back and forth in the opening of the barn doorway until a beautiful web had been woven.

Pretty soon he heard his pursuers coming to the barn and the leader told his men to not worry about looking in the barn as the spider web was intact and surely no one could be in the barm.  The Separatist breathed a sigh of relief and gave thanks to God for his protection.

The year was 1620 and after having placed themselves in exile in Holland, where they were warmly welcomed, they felt a strong need to find passage to this new land they had heard about as they were concerned about losing some of their English traditions if they remained among the Dutch so, they booked passage on the Speedwell.  They made a deal with the Captain for the cost of the passage and off they sailed to the new country but, something can’t be right with this as they shortly were coming to dock and it looked very familiar.  It was England!  They must do something as they were wanted people by the authorities.

The leadership of the Separatists scurried to book passage on some ship that might be in port and sure enough, there it was, the Mayflower.  Once again, they had to trust sometime as they had been cheated by the Capitan of the Speedwell.

Passage on the Mayflower was arranged and soon they set sail and ventured to this new land, only this time the Captain was steering them in the right direction.

The journey was difficult as some of the people died while en route to their destination.  After several weeks on the High Seas, they sighted land, near what is now Cape Cod, on November 9, 1620. Yes, all this for religious freedom. But the story doesn’t end here.

During their first year of occupying this new-found land, they experienced freedom and hardship as the Winter was very difficult for them but, they made friends with a local by the name of Squanto who was a very kind person and helped them to understand how to survive on the land that God had blessed them with.

Squanto educated them in growing crops and how to live off the land.  In 1621 the Pilgrims gathered for a celebration of Thanksgiving for what God had blessed them with.

That is a thumbnail sketch of that time so many years ago and yet, those of us in the USA, have discovered the richness of what God has done for us in this nation.

On November 22 of this year we will gather with friends and family to celebrate Thanksgiving.  May it be a time of true thanksgiving for God’s mercy, love, and forgiveness.  Regardless of where you live will you join with us in a time of Thanksgiving to Our Lord? 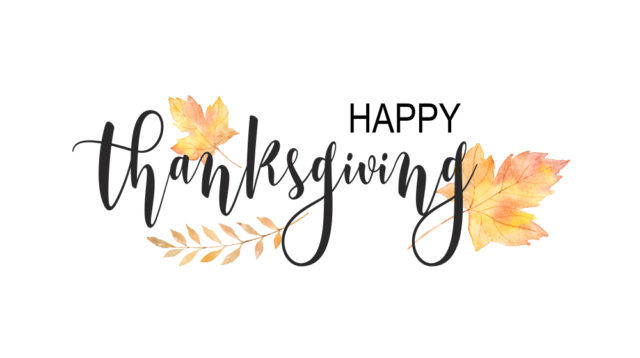 For just $100 per month you can bring the gospel to 10,000 homes. Join us as media missionaries! GIVE NOW
VIEW COMMENTS
« 12 Year-Old Girl Powerfully Sings ‘How Great Thou Art’ Francis Chan Shares How God Answered His 30 Year Prayer for His Best Friend’s Salvation »