Why You Shouldn't be a Pushy Prophet | God TV
Articles 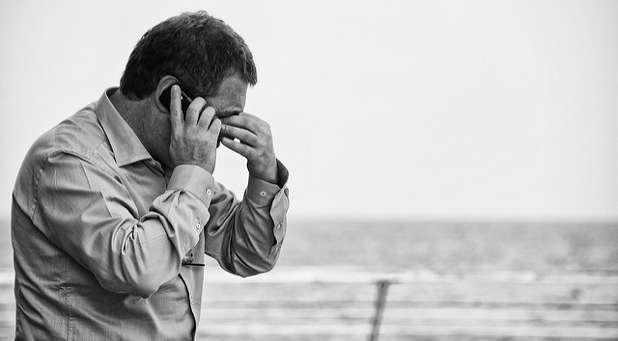 Have you ever received a prophetic word that you absolutely, 100 percent, clearly no-doubt-about-it knew was from the Lord—only to have the one you share it with forcibly reject it?

If you’ve been operating in spiritual gifts for any length of time, the answer is likely yes. What you do next will reveal your maturity in the prophetic and how much the Holy Spirit can trust you to rightly exercise the His gifts.

And remember, they are His gifts and He distributes them individually as He wills (1 Cor. 12:11). If you consistently misuse a spiritual gift or bring others harm when you exercise prophecy, the Holy Spirit may stop talking to you about other people until you learn how to steward the gift responsibly.

I’ve written before about what to do when people reject your prophetic gift, albeit from a different angle. Many prophetic people get discouraged, depressed, resentful or even bitter when their utterances aren’t received. But you can’t force prophecy on people.

If you get a prophecy or a word of knowledge, the first thing you should do is pray and ask the Lord if you should release it. I always say that the Holy Spirit who spoke the words to you is the same Holy Spirit who will tell you if and when and how to release the utterance. Just because you hear something doesn’t mean you’re supposed to let the words race through your lips with reckless abandon.

Unless the Holy Spirit tells you to do something more, zip your lip after you release the word. If the person refuses or denies it’s true, don’t try to convince them otherwise unless the Lord prompts you to do so. Your role is to deliver a right word at the right time in the right spirit, not to broker that word to completion. You can’t force prophecy on someone any more than you can force healing, deliverance or salvation on them.

Let the Convincer Do His Work

If you try to force prophetic words down people’s throats, even if they are accurate, you become like one of those telemarketers who won’t let people off the phone during dinner—or those pesky car salesmen who won’t let you off the lot until you do a test drive and consider their best offer.

God doesn’t need you to convince people that the word He gave you is accurate. The Holy Spirit is the author of the word and the Holy Spirit is also the convincer. By forcing the prophecy down someone’s throat, you could actually be hindering the Convincer from His convincing work. In other words, you could cause the person to totally shut down instead of leaving the door cracked open just enough to give Jesus space to shine His light through.

Mature prophets understand diplomacy. Consider this: the prophetic word or word of wisdom may be embarrassing to the one receiving it. They may not want to admit that it’s true for any number of reasons. Let them save face and let the Lord deal with their hearts. Pushing the issue could cause them to push you away instead of coming to you later asking for counsel on the word you shared.

Once again, remember, these gifts are His gifts and He distributes them individually as He wills (1 Cor. 12:11). If you consistently misuse a spiritual gift or bring others harm when you exercise prophecy, the Holy Spirit may stop talking to you about other people until you learn how to steward the gift responsibly.

Now, I can’t make you hear the Lord in what I am saying any more than you can make the person you’re delivering a prophecy to hear what the Lord is saying through you. But I am committed to seeing a generation of mature prophets who know how to handle the word of the Lord accurately rise up.

I’m not claiming to know it all, but I have been to my fair share of rodeos and I’ve seen enough “ugly” in this area to speak up. I share much more in my book, The Making of a Prophet. Learning how to steward a prophetic word is part and parcel of the making process. If you refuse to submit to that process, the Lord might squash you like the potter marred the clay on the wheel and started over again (Jer. 18:4). That means another round in the wilderness for you. All I ask is that you pray and consider what I am saying. The Lord wants to use your voice.

For just $100 per month you can bring the gospel to 10,000 homes. Join us as media missionaries! GIVE NOW
VIEW COMMENTS
« Florida Georgia Line Stuns Sold Out Crowd With Chris Tomlin Tori Kelly Opens Up About Loss and Faith In New Song, “Your Words” »