But soon after, Barret couldn’t stand the guilt he felt that he decided to end the affair after a couple of months. However, the shame still consumed him. So, he prayed to God to tell his wife about his secret because he couldn’t do so.

As an answer to Barret’s prayer, Whitney indeed discovered his affair one day. It happened when a phrase kept crossing through her mind, impressing her that her husband had an affair. And so one night, she looked through old messages on Barrett’s computer and found evidence of the affair. Emotions flooded. She felt furious and left home. They thought it was the end of their marriage. 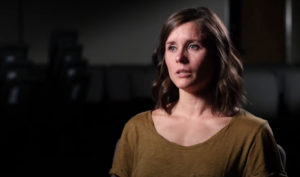 Both then turned to their pastor and his wife. Barrett confessed his sin and asked for help, and the pastor just hugged him. Meanwhile, Whitney was encouraged by Godly women to fix her eyes on Jesus.

Then amid the pain and betrayal, Barrett and Whitney decided to pursue reconciliation in their marriage. Until one night, God encountered Barrett through His Word in the book of Romans, where he read it to his wife and started weeping. Since then, God gave their marriage a new start.

Only our loving God can save a marriage!