Wife Was Pronounced Dead But Husband Said ‘Not Today Satan’! 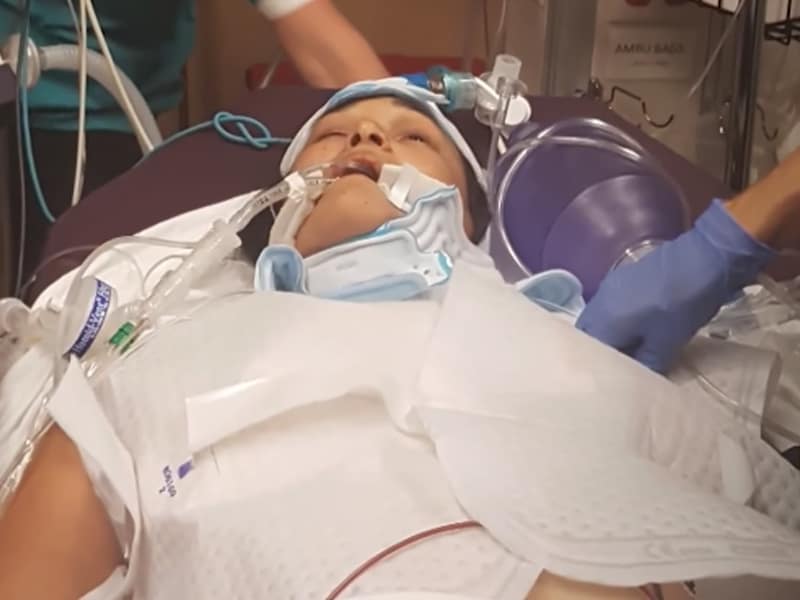 After a sudden heart attack, a woman was announced dead by doctors but her husband rebuked this death sentence and a miracle happened.

In the early morning hours of September 10, 2016, Gina Michelles started experiencing chest pains. Her husband Aaron raced her to the ER.

“It’s hard to watch,” Aaron stated in an interview with tears in his eyes.

Medical staff shocked Gina’s heart twice, but nothing revived her. Her situation seems to be hopeless.

“I knew that the devil is trying to take my wife, and I’m not letting him win,” Aaron declared.

After many attempts, the medical team ceased their efforts and called in the chaplain to read the last rites. But Aaron was not ready to give up.

“I remembered as a kid, my mom saying, ‘When you don’t know what to do, call on Jesus.'”

Aaron then grabbed Gina’s feet and started begging Jesus, calling on Jesus for life and rebuking Satan. The room seemed to be shaking with every “Jesus” he uttered. And suddenly, the nurse called saying, “We’ve got a heartbeat.”

The medical team jumped back to work, and within minutes, Gina’s condition stabilized. But even so doctor’s doubted her survival due to the amount of time with no heartbeat.

Doctors found the cause of Gina’s heart attack. It was a blockage in one of her arteries. She needed surgery, but they still would have to wait until Gina’s condition could be cleared for operation.

Gina began to respond to verbal commands and that cleared her for surgery. But the road to recovery would be long and arduous.

Watch the video to see the full miraculous story and conclusion. God has the final say!

Calling on Jesus in the ER