Will God Use Us? Sometimes all it Takes is 2 Steps Forward 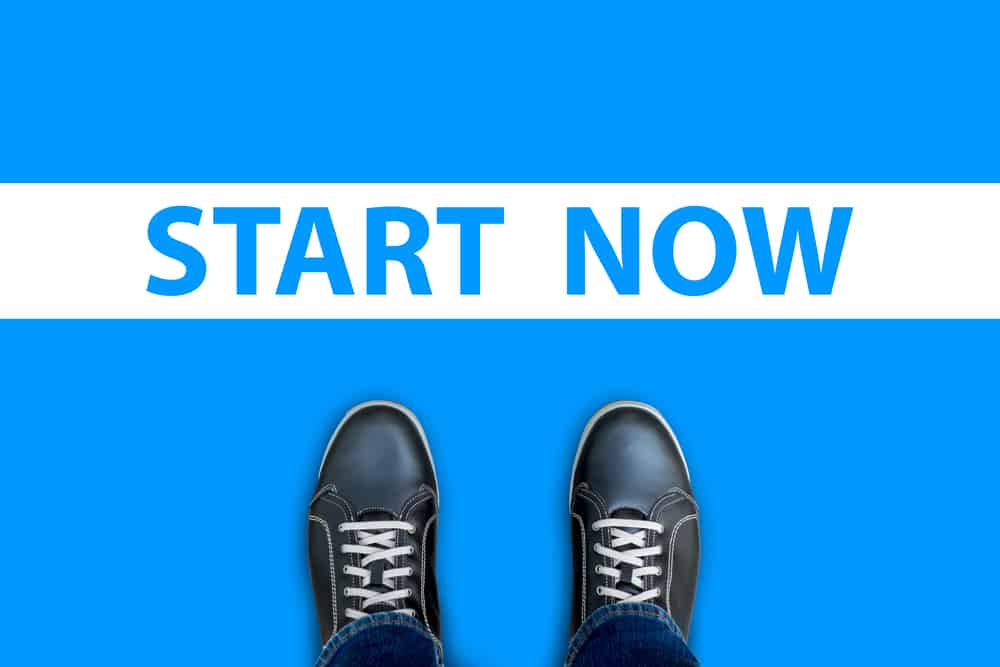 “We have been rescued from our enemies so we can serve God without fear.” (Luke 1:74)

Take a risk today, step out in faith and find out what lies ahead for your life. Many people let fear paralyse them from walking into all God has for them. They think what if I get it wrong? What if I mess up?

These questions often come to mind when it comes to sharing our faith with unbelievers but I’ve learned that if I mess up 1000 times no one is going to die, but if I get it right one time with one person they could meet Jesus who would change their life forever and that’s worth 1000 mistakes, right?

I think God is just happy when we try. Think about it this way, when a child takes their first steps he or she usually takes two to three steps and falls, but mum and dad don’t care about the fall – it’s like they didn’t even notice it! They celebrate the steps and I believe that’s the same with God, our Good Father, when we step out in faith to serve Him, He celebrates the steps.

God doesn’t look at your falls and say, “you’ve messed up” or “you could do better”, no He looks at your two steps and says, “That’s amazing I am so proud of you and love you so much, keep going for Jesus.”

I hope you will be encouraged as you read this poem that I wrote, that starts off as a letter to the Father and ends up encouraging believes to go further in God than they’ve ever been before.

Will God Use Us?

Dear God,
Have you written me off?
Because lately, I don’t seem to hear from You, and I don’t know what to do.
Do you even care about the stuff I’m going through?
Because, I wonder why on earth I’m here and my future seems to be paralysed by fear, actually my present too.
Am I even getting through to you?

I want to be a preacher but I always mess up as a speaker.
I look in the mirror and don’t believe in myself, should I try something else?
You want me to be on TV but do I even have the looks?
And how is my dyslexia supposed to write all these books?
You see God, I don’t see how I can become successful, because I’m a flawed, empty broken vessel.
Unequipped, unqualified, inexperienced and definitely unready and if I step out of this boat it will be too early and man these waves are unsteady.

I’m no professional, I’m an amateur at best, this is a mess.
I’ve got no Bible School Degree, so people will say, “Who does he think he is?”
I have no background in theology so should I just back down?
Am I a fool falling for the wrong calling? Am I chosen or am I just posing?
This is rough, I don’t know how I can deal with this stuff, am I even good enough?

So I question…Will God use us?
It’s funny, most jobs for pastors require a degree and for them to be married and have five years experience and Jesus had none of these,
So even the Son of God wouldn’t get a job in most churches these days but throughout the Bible, God used the most unlikely people for His work.
I mean He made man out of dirt!

Noah was a drunk,
Abraham was too old and Jacob was a liar but they all pointed to the Messiah.
Esther was an orphan,
Joseph was abused,
Gideon was afraid but God used them all to be great.
He used Moses to be the Israelites’ speaker and leader and he was a murderer and had a stutter and was a leader like no other.

Samson was a player,
Rahab was a prostitute,
Jeremiah and Timothy were too young,
and Elijah was suicidal but God counts each of them as heroes in the Bible.
King David was an adulterer,
Jonah ran from God,
Naomi was a widow
and Job had no job, actually, he went bankrupt.
But today, these characters help us bankrupt hell.

And well, Peter denied Jesus, he was a coward.
Apostle Paul was a persecutor, at one point, killing Christians was his mission.
Then he went onto write two-thirds of the New Testament as he gave his life to preach Christ.
Zacchaeus was too small,
Martha worried about everything,
The Samaritan woman was divorced more than once,
and Lazarus was dead.

Remember the surprise on everyone’s eyes as they saw Susan Boyle sing?
Elvis didn’t start out as a king.
Billy Graham, one of the greatest preachers of all time, was kicked out of his first Bible school and was told he would be a small time preacher at best.
I’m glad he overcame that test.

But look at Colonel Sanders after 1009 nos.
See, in my experience, Jesus only says, ‘Yes’, ‘Done’ and ‘Go’.
But I know what you’re thinking, you’re thinking “I’m not good enough and don’t look good enough.”
But hey, last time I checked, God doesn’t make a mistake in anything He created, He can’t.

He actually goes so far as to say that you are a masterpiece.
But what does that really mean? A masterpiece?
It means the artist’s best and last work, their finished product.
Like Leonardo da Vinci’s Mona Lisa or Last Supper.
Or Michelangelo’s Statue of David or the Sistine Chapel.

I’m not trying to give you a history lesson with these classics, but telling you that God can make a classic out of you.
But that’s your choice.
You’re God’s best piece of art,
Let that speak to your heart.
And if you let God, He will turn each wound into someone else’s healing,
Each test into a testimony,
Each trial into a triumph
and each mess into a message,

So the question is…
Will God Use Us?
The answer is quite simple, “it’s a yes!”
After all, the phone has never stopped ringing,
But have we picked up the call?

This article and poem was written by Scottish youth pastor, Steven McLeish who serves at Destiny Church, Glasgow. He is also a spoken word artist with several videos on YouTube. These can be watched on his Spoken Light channel.