Will the Knesset Cancel the September Elections? | God TV
News 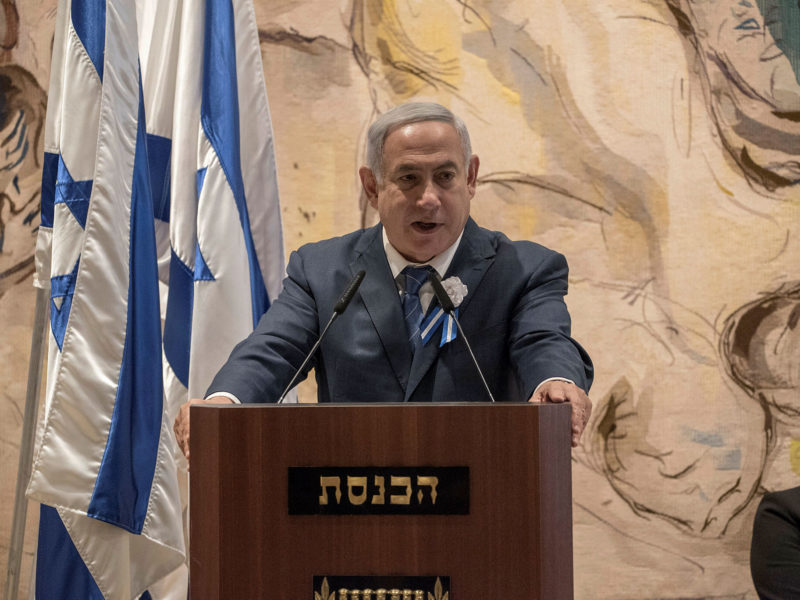 Is the Knesset on the way to reverse its decision to call another round of elections? Various factions in the Knesset are working to cancel the September elections and to establish a government instead.

The Knesset in May voted to disperse the 21st Knesset and hold general elections in September, just four weeks after it was sworn in.

A majority of 74 Members of Knesset voted in favor of the bill and 45 voted against.

Israel is heading to elections again after Prime Minister Benjamin Netanyahu and his Likud party have failed to form a viable coalition.

However, various factions and elements in the Israeli political scene have been working to cancel the elections and establish a government in some format, possibly a unity government led by Netanyahu’s Likud and the Blue and White party led by Benny Gantz.

Knesset Speaker Yuli Edelstein stated Tuesday evening that another round of elections consists of “a breach of trust toward Israel’s citizens who will lose billions because of personal disqualifications of heads of various parties.”

He said that “dozens” of members of Knesset of all the factions approached him to find a solution to cancel the dispersion of the Knesset.

“I found a parliamentary outline and it is possible to cancel the most unnecessary elections in the history of Israel. It is our duty to allow the 21st Knesset to continue functioning,” he concluded.

The new political maneuver generated another upheaval, with politicians heatedly debating in favor and against the possibility of another round of elections.

Netanyahu on Wednesday stated that Edelstein’s initiative “seeks to prevent another round of elections in Israel. The Speaker of the Knesset asked me to meet with him in the coming days, and I will do so.”

As for all the other reports about various deals, “spins,” Netanyahu said. “At no point will there be a rotation [with Gantz], until this moment there is no contact between Likud and Blue and White, and I have no intention of giving up my natural partners to the right-wing government.”

For just $100 per month you can bring the gospel to 10,000 homes. Join us as media missionaries! GIVE NOW
VIEW COMMENTS
« Chick-Fil-A Employee Obeyed The Voice Of God And Gave His Shoes To A Homeless Man WATCH: National Security Advisers of the US, Russia, and Israel Meet in Jerusalem »