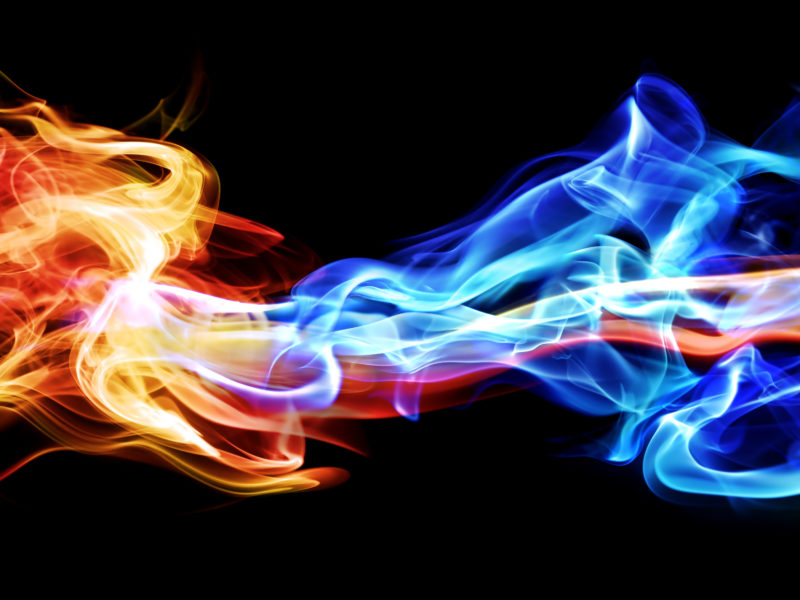 The gloves are off, celebrity put-downs and mass media attacks against the US President have caused some turmoil in the White House, but that’s nothing in comparison to what may be coming if Christians don’t stand in the gap between the President and witches…yes, you read that right, witches.

It’s time for Christians to wake up to what’s going on and make a united stand.

Clearly, the enemy is blatantly rallying his dark forces. Political debate is one thing, actively resorting to witchcraft to bring down an elected leader is another. It’s time for Christians to wake up to what’s going on and make a united stand. It’s time to pray for the US leader whether we support him or not.

Are we back in the Dark Ages?

It seems occultists around the globe are joining together to perform rituals “at midnight on every waning crescent moon until he is removed from office.”  The first ritual took place on  24 February and others are planned for 26 March, 24 April, 23 May and 21 June 2017.

In an article, “How Donald Trump Is Making Witches and Christians Fight Again”, Rolling Stone asks what century we are living in? ‘After a group of witches announce a curse on the country’s leader, Christians fight back with prayer’ the article observes. It does indeed seem like a return to the Dark Ages.

…there is a battle on and it’s just taken a turn for the worse.

I am not for one minute suggesting the President is all good and that everybody who opposes him is evil, but it’s obvious there is a battle on and it’s just taken a turn for the worse. We as believers know we don’t battle against flesh and blood, but against principalities and powers in the spiritual realm. (Ephesians 6:12) And, God has given us specific weapons to deal with such wickedness. (More about that later).

It’s unbelievable that reputable media outlets are reporting on how to ‘Bind Trump’ with links to how to cast a spell on the President, including a list of ingredients: ‘an unflattering photo, an orange candle or carrot, a Tower tarot card, pin and bowls of water and salt.’

A whole chant has been posted online entitled ‘A Spell to Bind Donald Trump and All Those Who Abet Him’. The orange candle supposedly represents the President and participants are asked to recite a chant, burn the photo, blow out the candle and repeat Trump’s famous slogan from The Apprentice, ‘You’re Fired!’

It all sounds like something out of a Harry Potter book and we know the evil power at work behind that. Unfortunately many will now be deceived as they participate in what they consider to be an innocent ritual. They may see it as simply another way to protest against the President and yet they will open themselves up to dark forces.

Editor of Charisma Magazine, Jennifer LeClaire asks if the Bind Trump initiative is ‘a coordinated witchcraft attack’. She reports that Dave Kubal, president of Intercessors for America (IFA), is concerned about “this worldwide call for witches—and those willing to attempt witchcraft for the first time—to cast a spell harming Donald Trump” and the need for believers to respond appropriately.

“Whether or not this call for spells pans out and people act on it, we feel compelled, as the Body of Christ and intercessors, to come against this evil with immediate and powerful prayer,” Kubal said.

The New York Times reports that  Kevin Ambrose of the Christian Nationalist Alliance has said “This is a declaration of spiritual war and it requires a response. As such, we are announcing a Day of Prayer on each of these days. We beseech all Christian soldiers to answer this call to action.”

“Witches vs. Christians: it’s a rivalry that dates back centuries,” writes Lilly Dancyger of Rolling Stone. “It’s probably safe to say that spells or prayer won’t have any impact on Trump…” she says, “but it’s clear that his opponents are willing to try anything at this point – they couldn’t stop him with an election, even though he received fewer votes. They can’t change his supporters’ minds… so maybe a little witchcraft isn’t such a bad idea, after all?”

The glamourization of witchcraft

There is no such thing as a little witchcraft…

But, there is no such thing as a little witchcraft… the Bible specifically warns against occult activity of any kind. However, many of today’s authors and film directors have so glamourized magic, wizardry, and witchcraft; their dangers are quickly dismissed by modern readers and moviegoers as a harmless bit of fun.

It’s definitely not fun, and it doesn’t surprise me in the least that so many of these writers and directors have become Trump’s most outspoken critics, taking him on in the Twittersphere, the medium where the President has been so vocal.

No matter what you think of his policies, good or bad, President Trump does not deserve such a coordinated spiritual attack against him or his family. It’s not surprising that the forces of hell seem to have been unleashed after the First Lady read the Lord’s Prayer at the President’s recent Florida rally. For all his failings, Trump is getting something right and Christians should be the first to see this simple fact. God’s grace is all we need. His power works best in our weakness.

So what is an appropriate response for Christians?

Indeed we must pray. We are told to intercede for all in authority but we must also realize that this is an organized initiative direct from the pit of hell that requires spiritual warfare. We need to stand in the gap, and we need to do this with great care.

“Finally, my brethren, be strong in the Lord and in the power of His might. Put on the whole armor of God, that you may be able to withstand in the evil day, and having done all, to stand.”  (Ephesians 6:10-12)

See yourself putting on the helmet of salvation; the breastplate of righteousness; the shield of faith; the belt of truth and the shoes of the Gospel of Peace for your protection. Then you are ready to take up the Sword of the Spirit and boldly proclaim God’s Word over the situation.

“Like a fluttering sparrow or a darting swallow, an undeserved curse does not come to rest.” (Proverbs 26:2)

Trust God that the curse causeless should not come upon President Trump, that no weapon formed against him, his family, or administration will prosper and that the curses of the enemy will be brought to naught.

Pray that every high thing is brought down according to 2 Corinthians 10:3-5.

“For the weapons of our warfare are not carnal but mighty in God for pulling down strongholds, casting down arguments and every high thing that exalts itself against the knowledge of God, bringing every thought into captivity to the obedience of Christ.”

The Apostle Paul instructs us to stand in the evil day and after we have done all, to stand, ‘praying always with all prayer and supplication in the Spirit, being watchful to this end with all perseverance and supplication for all the saints.”  In other words, we need to intercede earnestly in tongues.

Take this advice from a former occult insider. According to Charisma News Online, ex-witch, Beth Eckert says one of the key ways to defeat the devil when he launches an attack is to speak and pray in tongues.

Let us rise up as believers in fervent prayer

In closing, let us rise up as believers in fervent prayer, protected by God’s armor and be on the offensive, wielding the Sword of the Spirit to bring down every high thing that would oppose God’s purposes and plans. And always remember that greater is He that is within us than he who is in the world.

For just $100 per month you can bring the gospel to 10,000 homes. Join us as media missionaries! GIVE NOW
VIEW COMMENTS
« I Underestimated the Greatest Gift I Could Give, Did You? This Video Will Change Your Day, It Changed Mine! »