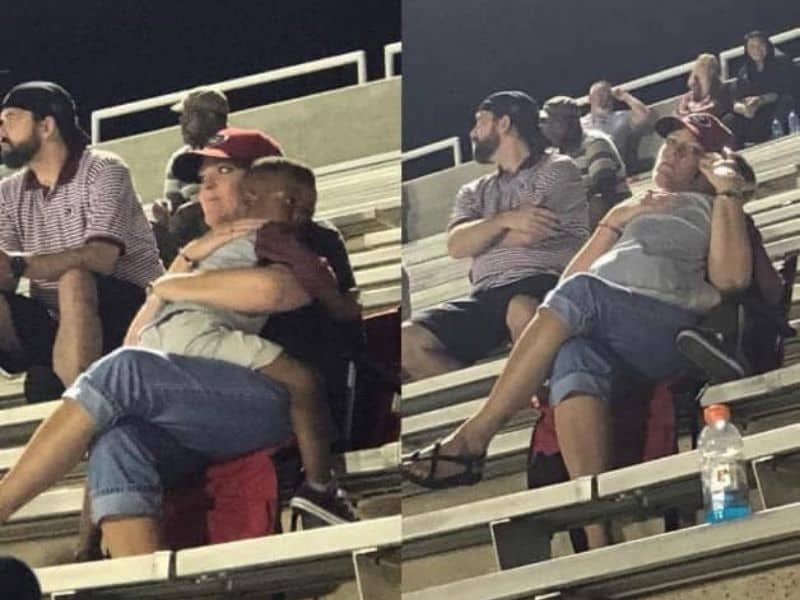 The photo of a child and a woman, who he never met before, captured during a football game speaks a powerful message that everyone needs to hear today.

Star Balloon-Bradley has posted photos on Facebook that inspired millions of people worldwide. It was a photo of her nephew with a woman who he just met. The photo shows how the woman hugged Star’s nephew as if he was her own child. It was a touching moment that speaks a powerful message about love despite having diversified races.

During a Lowndes High School football game at Valdosta, Georgia, little Isaiah sat in a woman’s lap whom he just met. They talked for about 20 minutes before the woman, who was later identified as Miss Angela, left the stadium to meet up with her daughter.

Two weeks after, they again met at the same stadium to watch football. Miss Angela waved to Isaiah and with a smile on his face, he approached her and climbed into her lap then laid his head on her shoulder. To Star’s shock, Miss Angela received him in a very sweet way.

“She welcomed him with open arms,” she recalled. “This lady patted and rocked Isaiah to sleep like she had given birth to him. It was the sweetest!!”

Thinking that her nephew was bothering the woman, Star approached her to apologize for Isaiah’s behavior. However, she responded in a very moving way!

“She replied he’s no bother and to not say that again. She said he was her new friend.” 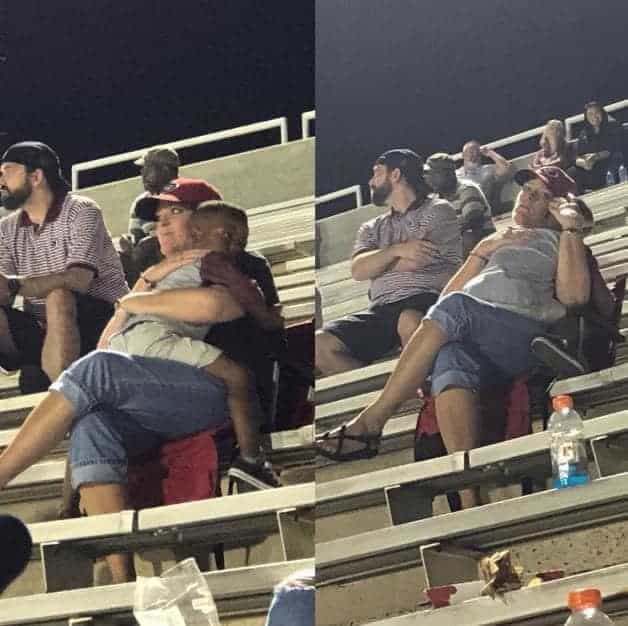 The photo speaks a powerful message amidst the racial tension that is going on in today’s society. Miss Angela and Isaiah is showing us that any one’s race really doesn’t matter.