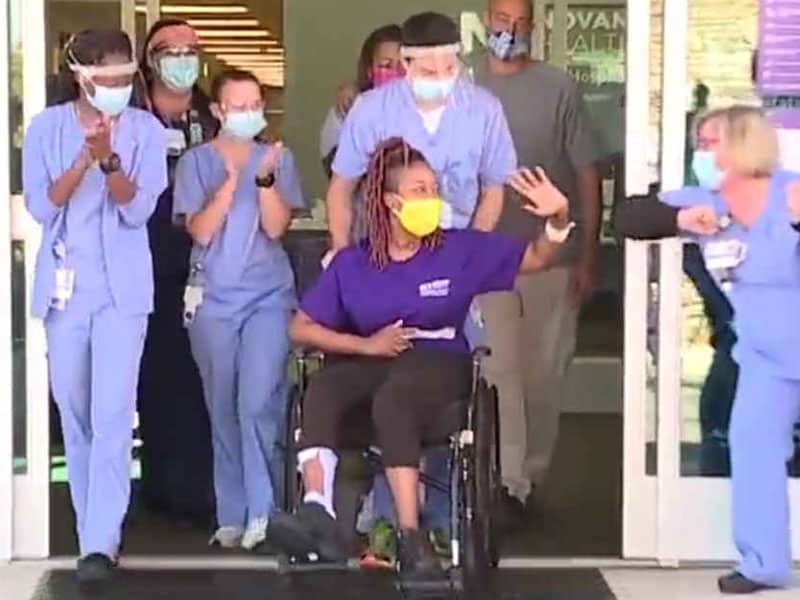 A young lady who was infected with coronavirus was declared brain dead by doctors, but after four months of praying and believing God for healing, she received the greatest miracle ever!

Tionna Hairston, 26-years-old, contracted the virus in May. She first lost her sense of smell and taste. Then by June, she already felt extreme weakness and nausea. To top it all, she suffered from stroke as well, giving her terrible headaches and made one of her arms unusable. Her walking ability also became unstable. Her brain bled and had blood clots. 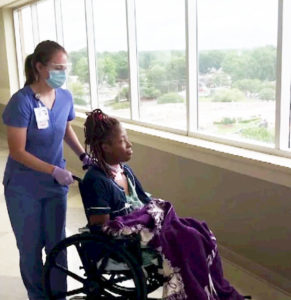 Stacy Peatross, Tionna’s mother recounted, “I didn’t pick up on it at the time because I thought she was just weak from the virus. But, there came a point when I recognized the sign of a stroke where her eyes were going opposite of each other.”

In June, they admitted the 26-year-old to the ICU at Forsyth Medical Center in Winston-Salem, North Carolina where she had a cardiac arrest and her heart stopped beating for 30 minutes. For the mother, it was the worst 30 minutes of her life.

Dr. James McLean said about Tionna’s case, “She had a heart rhythm that normally you can’t survive. They were immediately able to start chest compression. They shocked her to get a pulse and blood pressure going again, and oxygen into her system, but that’s on the very long end of a code.”

Thankfully, the doctors were able to revive her. However, she faced kidney and liver failure, and brain damage as well. So, doctors informed the family that even if Tionna would survive, she would live in a vegetative state her whole life.

“The CT scan showed the one side of her brain not damaged by the stroke was damaged by her coding and the CPR process,” Stacy said. “Her brain stem was damaged. The doctors told us her brain damage was so severe that she had a couple of days at the most. If she did make it past two days, she would be a vegetable.”

Moreover, the family considered and discussed taking off Tionna’s ventilator and let her go peacefully. But the faithful mother contended and believed God for a miracle. 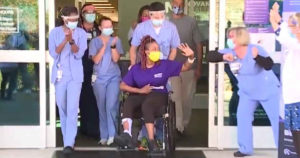 “I could not give up hope, and her faith kept driving me and pushing me,” she said. “Her father, and family and church family, helped me to make decisions that would have been next to impossible to make on my own.”

Further, she added, “I would go in and place my hands on her stomach and pray, on her head and pray. We had Scripture readings in the room, music playing every day. We were surrounded by a chain of prayer going up for her. They thought that we should take her off of life support because she had no hope for life. They thought she would be a vegetable. She wouldn’t have any quality of life at all.”

For the next few months, Tionna defied the doctors’ prediction and she continues to improve. God intervened and restored her kidney and liver in July. She was able to breathe on her own after two months.

The doctor said, “She had every system in her body collapsed, everything shut down, and she’s got most everything back.”

Four months later, Tionna is out of the hospital and credits God for her miraculous recovery.

“My faith in God and the fact that I wanted to walk again,” Tionna testified.