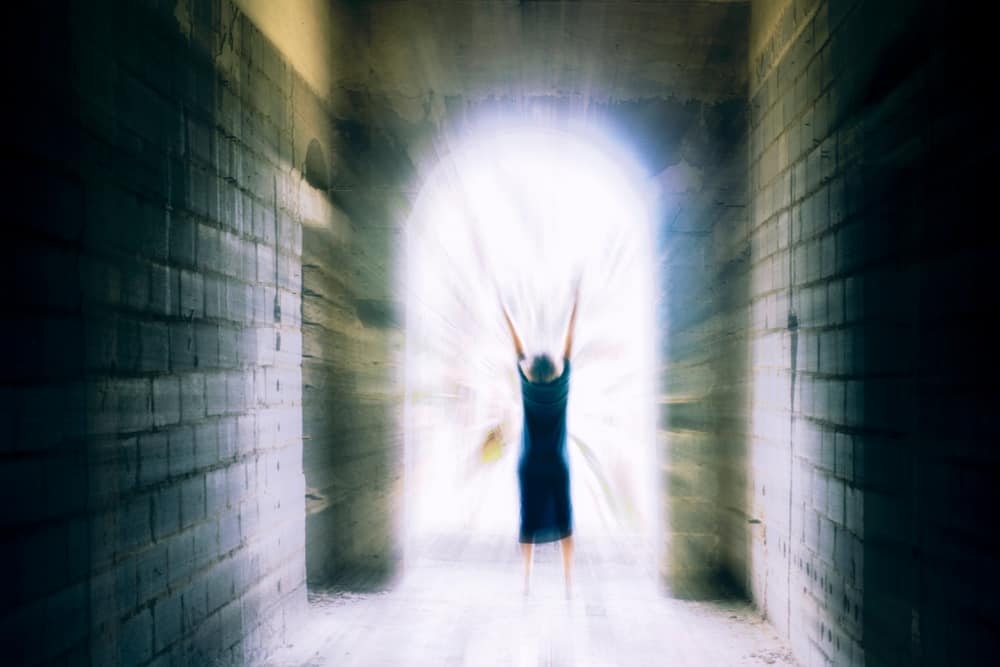 On the Christmas Eve in 2000, Lisa went into cardiac arrest and died. She went to heaven and had an unbelievable encounter.

It was Christmas Eve when Lisa felt that her flu was coming back. She didn’t know that she was actually going into cardiac arrest. Immediately, her husband took her to the hospital. He could barely hear her breathing and then tragically, Lisa died in the car while on the way to the hospital. And suddenly her soul went out of her body.

When Lisa arrived at the hospital, the doctors struggled to revive her. She recalled her out of body experience at the time,

“I was looking down from the ceiling. I remember hearing them say ‘Code blue! Code blue!'” she said.

Meeting Jesus During A Cardiac Arrest

Then out of the blue, she was taken to another place. There she met a young man she believed was Jesus Christ.

“I saw a young man with an expression on his face of more love I have ever experienced. I think it was Jesus Christ,” she said while in tears.

“He was beautiful… His eyes changed colors from bluish-green to brown.”

Lisa was in awe of Jesus’ presence.

And Jesus spoke to her, “Now that I have your attention, there’s a few things that we need to discuss. And you need to explain yourself.”

Jesus then showed her the life she had lived on earth and asked her why she made those choices.

“…because when you’re down here, all you can think about is you and what you want. And when you’re up there you see the whole picture,” she realized during the interview.

Meanwhile on earth, her heart was shocked over 17 times. But they still couldn’t bring her back. Jesus wasn’t ready to send her back until she heard this one message…

Watch the full testimony in the video below.