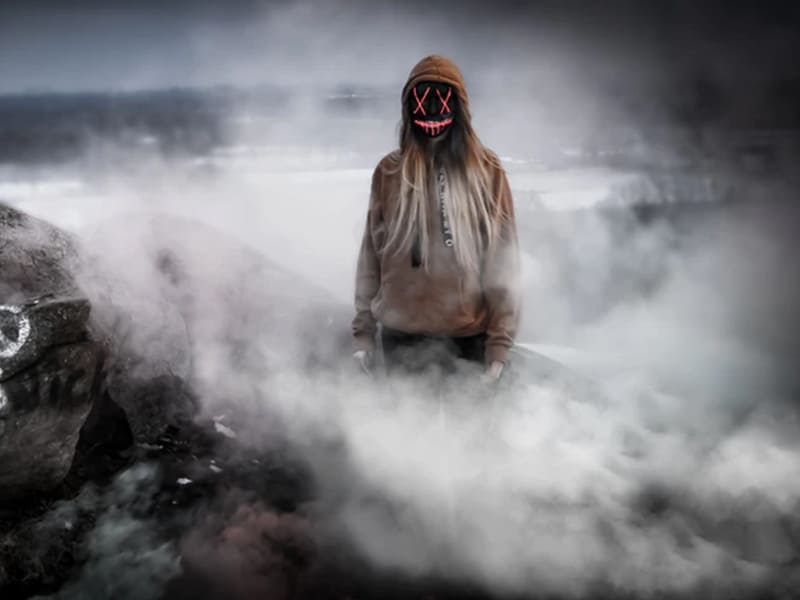 “Todd said, ‘Look at me right in my eyes.’ I gently lifted my head up and made full eye contact with him. In a stern voice, he said, ‘GET OUT!'” Right at that instant, she was delivered from demonic spirits that tormented her for years!

Alexis Hoffman had been in a partial program for behavioral health, but her psychiatrist had recently informed her that they could no longer help her with her problems.  All of the methods and medicines they had tried were not helping her. She felt hopeless.

Early one morning, Alexis’s mom invited her to attend a church conference that would take place later that evening. Her mom thought that she’d be healed at that conference. Alexis went to the conference, but she felt sick as she entered the church. It seemed like every part of her wanted to leave that place.

As Alexis stood at the lobby, she said a prayer to God, “God, if you’re really here then I need you to show up. I need you to show up in a big way, and if not, I am going to kill myself.” Alexis meant every word she uttered in that prayer. She was at the darkest place she had ever been.

Alexis’s mom told her that she needed to ask the pastor for prayer. She didn’t like to talk to anyone, so all she did during worship was cry while thinking about how she could kill herself.

After thinking about it, she approached the pastor.  However, she was led to Todd White, an evangelist speaker, for a prayer. Todd grabbed both her hands and asked her to look him in the eyes. Alexis did what she was asked to do, and as their eyes locked, Todd said in a stern voice, “GET OUT!”

In an instant, Alex lost control of her body, her neck bent to the left, and her mouth was wide open. Screams of horror started coming out of Alexis’s mouth, and she even tried to attack Todd. Many pastors held her while her body was convulsing. After awhile, she was delivered from the demonic spirits.

“After some time, I felt something released from my body and all chaos seized. I laid there limp. I felt like a car just hit me, but at the same time, I felt free. Todd told me that I was filled with demonic spirits, but that now I was free. It took me a while to get up, but once I did, I sprinted back to where my mom was sitting and told her to follow me into the lobby. I cried tears of joy as I told her the good news.”

Since that transformational night, Alexis’s life has changed entirely! God really presented Himself in the most significant way possible!

Alexis has been off all of her psychiatric medication for a month now. She is no longer manic nor depressed. Her resting heart rate has gone from 110 to 70 beats per minute. Her blood pressure also dropped dramatically. For the first time in 4 years, she felt alive and well.

“God is real, and He performs miracles all the time. I am still in disbelief of what happened, but I am beyond grateful it did. JESUS LOVES YOU!”

This article was written by Rhoda Gayle Cabrera of the Facebook page, Bottom Line.

For just $100 per month you can bring the gospel to 10,000 homes. Join us as media missionaries! GIVE NOW
VIEW COMMENTS
« This Father Joyously Baptized His Own Son In The Jordan River 3 Ways To Set The Stage For Dramatic Increase In Your Life »