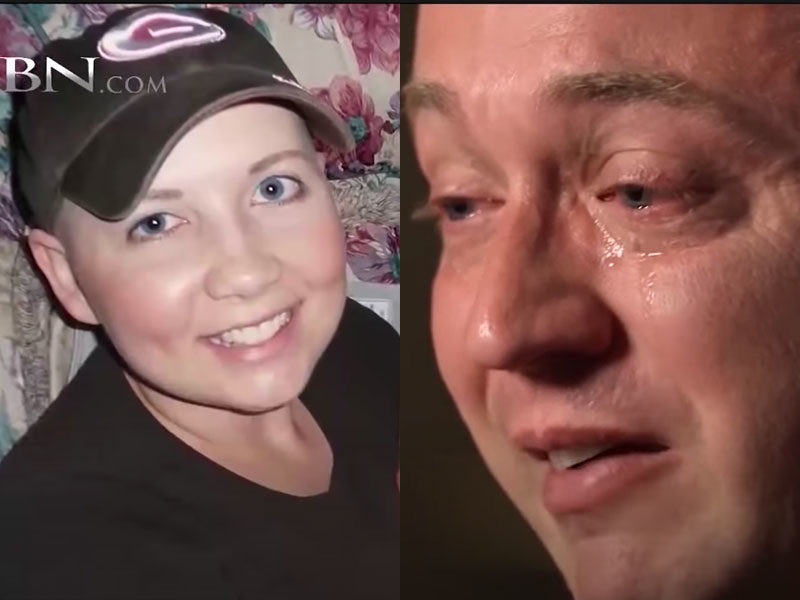 A woman was healed of cancer while pregnant, and her husband encountered God while praying for her miraculous healing.

Ashley Hallford was diagnosed with stage IV cancer at 32 weeks pregnant. When she and her husband, Dave, found out, their world turned upside down. Doctors immediately scheduled her for surgery to remove the tumor. However, their son first had to be delivered before they could perform the surgery. 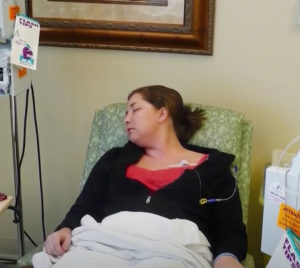 The unborn baby was 32 weeks, and his lungs were underdeveloped—very far from ready. But they had no choice but to deliver him to treat her. The couple took a step of faith and trusted God for what could happen. And miraculously, the baby was indeed born healthy, and Ashley survived.

Four days later, the mother woke up from surgery. Doctors removed her tumor successfully. But five weeks later, the doctor found that her cancer had spread—growing and multiplying.

It got bad quickly, and Dave struggled with his faith at that point. But all the husband did was cry, pray, and plead with God to take Ashley’s cancer away.

“I remember praying one day, ‘Lord, whatever Your will is, that’s what I want. If it’s for Ashley not to make it, I pray she wouldn’t be in a lot of pain,’” Dave told God.

Then all of a sudden, he felt God hugging him.

“I never felt that before. During that prayer, I think that’s probably the closest I’ve ever been to the Lord. It’s like I literally feel His arms around me. And I remember almost like I could hear Him say, ‘its’ gonna be okay. She’s gonna be okay,’” he recalled while in tears.

Meanwhile, the Hallford’s church family started to pray and fast for Ashley’s healing. And four months later, Ashley’s doctor were shocked to see her cancer’s remission. Since then, she has remained cancer-free. And the following years, God showed more miracles in the Hallford’s life.

Watch how God did that. He is so good!

For just $100 per month you can bring the gospel to 10,000 homes. Join us as media missionaries! GIVE NOW
VIEW COMMENTS
« Relentless Woman, Stop Trying So Hard And Start Trusting God Rare Case Of Mom Already Pregnant With Twins Got Pregnant Again »