BREAKING
Israel-led Team Solves Mystery Why Lightning Strikes Fewer Times Over The Ocean...
Tourism In The Holy Land Is Soaring Back Up To Pre-Pandemic Highs
Lapid Speaks Directly To Palestinians—Offers Them “Another Way” Out Of The Ongoing...
Home Articles Woman Surprises Officer Who Prayed With Her While Her Home Was Burning 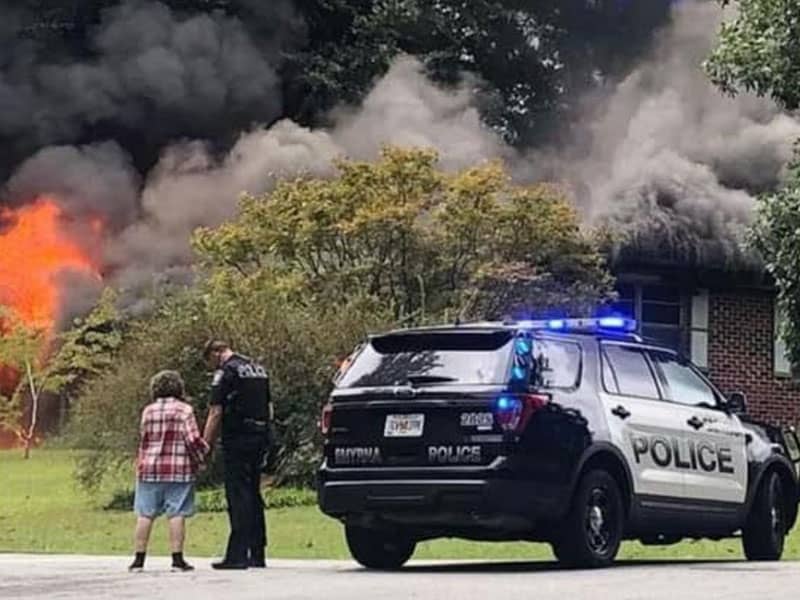 A woman in Smyrna, Georgia, who lost her home to fire surprised the police officer who comforted and prayed with her when the incident happened.

In September, Shirley Myers lost her home in Green Forest Parkway to a terrible fire. She called the emergency line, and police officer T. Melvin responded. But when he arrived, the fire was already all over the house and went up in smoke. So instead, he prayed with her and comforted her in that scary moment. Surprisingly, someone took a picture of that moving moment, and it went viral. 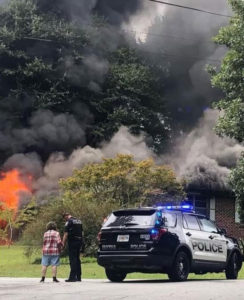 The police station stated, “Officer Melvin and many other officers routinely comfort, pray, and protect those that we serve on a daily basis.”

“I am happy we were able to capture this photo of Officer T. Melvin. As I am certain he didn’t know he was being photographed.”

The police department did not identify the former marine when the picture went viral. But on Thursday, Mrs. Shirley visited the station to thank and honor the police who prayed with her. Then she gave Officer Melvin a unique gift, and that’s when the department revealed his identity. 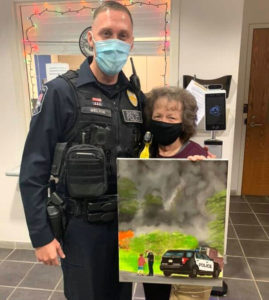 “Mrs. Myers’s son was kind enough to paint a picture of that memorable photo. And she presented it to Officer Melvin,” Smyrna Police wrote on Facebook. Then the post continued, “We are honored to add it to the pictures here at the department.”

The Shirley’s family memberws set up a GoFundMe page for Shirley after losing her home. In the statement, she said, “I thank God that throughout this horrible situation nobody was hurt. None of the firefighters were hurt battling this fire, no police were injured. And I was able to get out safely from the car.”

Further, she said, “Everything else is materialistic. It can be replaced. God was looking out for us.” 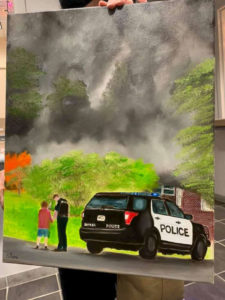