After This Woman Prayed “Nothing Was Touched” During Tornado Storm 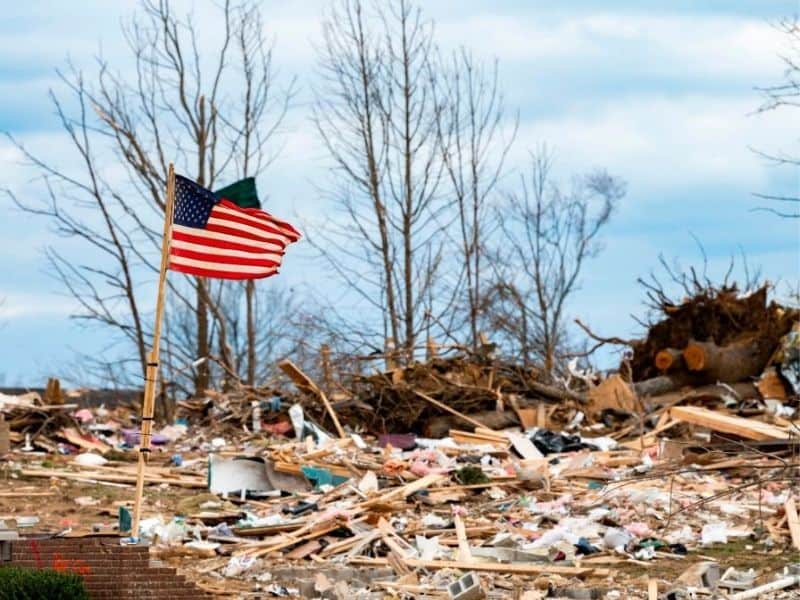 A tornado storm struck the South last weekend. The phenomenon caused damage and destruction, even deaths of loved ones. One woman in Texas recalled how she called on to God for help and was miraculously rescued.

Texas to the mid-Atlantic states suffered the consequences of the natural tragedy.

The Nashville mayor called an emergency last Sunday night after heavy rains made the roads impassable. According to records, more than seven inches of rain fell on the city, making it the second-highest, two-day total ever.

The local fire department rescued more than 130 people stranded in their cars, apartments, and homes. But, unfortunately, 4 people did not make it.

William Swann, Nashville Fire director, said, “It took 600 of our fire personnel to respond to these events, along with our emergency response units and water rescue.”

The storms were very severe that authorities spotted 16 tornadoes in just a day across the South.

Meanwhile, in Alabama, Dave Grubic just watched his house with a heavy heart as it became nothing but a pile of rubble. But, his faith remained when strangers came to help him clean up.

“We were able to salvage quite a bit of memories…scrapbooks, baby books, pictures of the grandkids, and then what touched me even more, the people that are helping. I don’t even know who they are.”

A woman in Texas testified God’s protection when she prayed during a tornado that crossed her house. She said, “I got right in the hallway, and it hit, I heard glass and my roof, I heard that aluminum coming off and I kept praying, ‘Lord, Lord, Lord,’ and where I was standing, nothing was touched.”

Faith-based organizations such as Operation Blessing were quick to respond to those in need. They partnered with local churches to distribute pallets of water and essential goods.