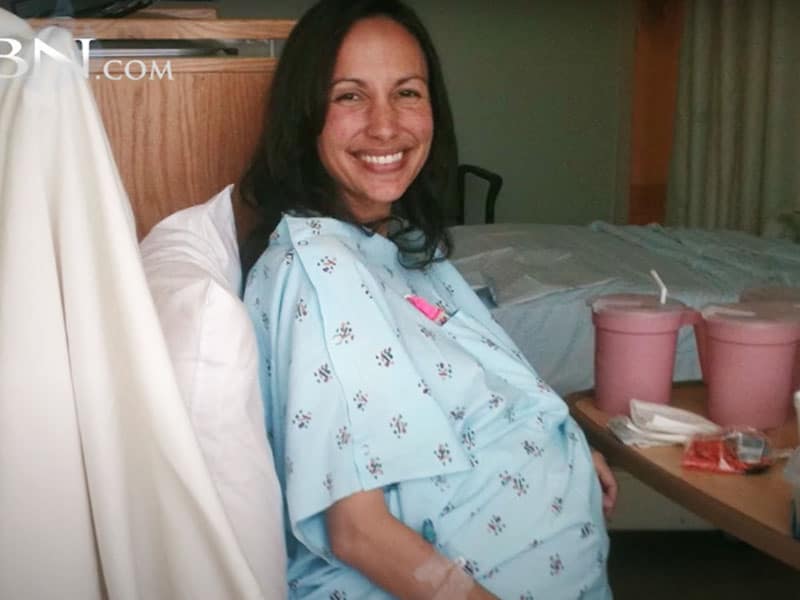 A woman who held onto God’s Word and believed God for the impossible received her miracle amid a growing tumor on her uterus.

Two months before Natalie’s wedding, intense bouts of abdominal pain took her to the ER. Later she found out she had a 3-centimeter fibroid tumor on her uterus. However, Natalie didn’t make a big deal out of it since the doctor told her that “women have this all the time and that it’s not a big deal.” 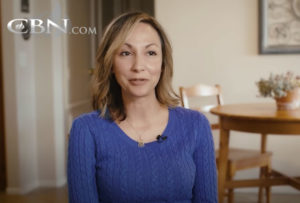 But months after her wedding to Paul, it started to cause more discomfort in her body. So she went in for surgery to have it removed. Then the surgeon found out it would be hard to remove the tumor without having to move-remove the uterus too. Because it had grown from 3 centimeters to 15.

The couple decided to stop the procedure. But Natalie’s doctor insisted that it was her only option to save her life.

“‘Don’t hold on to any hope for having children. It is impossible. And this tumor needs to be removed. It’s very dangerous. We just need to do this hysterectomy,'” he told her.

Hearing those words made her mad and she went to consult the LORD. 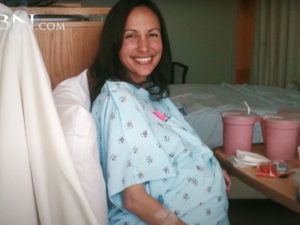 Choosing To Have Faith

While Natalie was going through that hard time, her husband Paul encouraged her in faith. He told her, ‘You know, I can believe the Lord will take this tumor completely away. However He wants to do it, however, He’s going to do it. You have to decide for yourself what you’re able to-to believe for, and I’m going to believe with you.’”

Then God reminded Natalie of Psalm 128. It was the Bible verse that was read at their wedding. She looked it up, and one verse stood out.

It says in verse 3, “‘Your wife will a fruitful vine in the innermost parts of her home, and she will see her children around her table like olive plants.’” She continued, “And then I was like, ‘That is for me!’  And I held on to it and I didn’t let it go.” 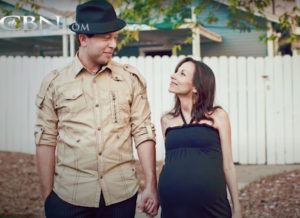 Keeping The Baby Despite Tumor

As a result, Natalie declined the hysterectomy. Over the next five years, her tumor continued to grow larger. Even to the point, the mass was pressing into her organs which could cause kidney or heart failure. Doctors kept insisting she had to go through the procedure. But she wouldn’t and continued to follow God’s guidance. Even people had mistaken her to be pregnant. But despite it, she kept trusting God’s promise.

“I am believing for a miracle and I’m waiting for a promise. God has promised me that I would have a child,'” she said.

“I had times where it was really hard.  And I just went on my face before the Lord until I got peace back again. And when I got that peace, I was so confident that the Lord was in this,” she further added.

Paul explained, “It’s not easy.  It never is.  When it’s walking by faith, and just really the Lord doing it through you, the less and less you really consider your abilities and just rely on His.”

Until one day at a church, Natalie’s pastor prophesied that she would have a baby. Then in April 2011, the impossible had come true. She became pregnant even with the large tumor present on her uterus.

For that reason, Natalie’s pregnancy meant that her life and the baby in her womb is highly at risk.

Dr. Douglas Montgomery explained, “We would-would lose the baby or have an extremely premature birth of the baby, or have a medical complication of Natalie where we can’t continue the pregnancy, her life’s in jeopardy, the baby’s pre-viable, we need to deliver the baby to save Natalie’s life.”

Natalie recalled, “So even though I’m getting in the natural, ‘All these things are going to happen to you, you’re going to die, it doesn’t look good, it doesn’t…’  The Lord’s telling me, ‘No.  You’re not going to die. You are healthy, you are whole.’”

So she kept the baby, trusting God all the more even with the complications in her condition. And she told Dr. Douglas, “I’m not going to die.  I did not come this far for this to end this way. The next time you’ll see me I’ll be holding my baby tumor-free.’”

Meanwhile, Paul stayed by Natalie’s side, fasting and praying for his wife and unborn child. 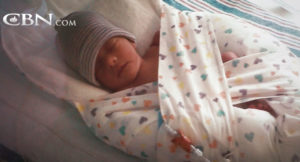 Natalie recounted, “She was so real, and it was so God. It was very surreal. This has been done completely by His promise. It was impossible in the natural but in the spirit it was possible.”

Two months after baby Heaven was born, Natalie then proceeded the hysterectomy procedure. The doctor removed her now 18 pounds tumor.

The doctor testified, “The real remarkable part of this is Natalie’s faith, not through-through one pregnancy, but yet through 5 to 6 years, and then to take on all of the negative comments that come on with all the risks that she had to face. And I really am struck by how God worked through her and brought that – she built my faith during this.”

Today, Heaven is a healthy little girl who loves Jesus. Her life has become a living proof that God hears prayers.

“We believe in a God who has done greater, and you know, He did it in Jesus.  And He just says, ‘Just believe Me, just trust Me, see Me, know Me,’ because we can’t do it on our own,” Paul said.

Further, Natalie added, “Jesus is the answer to everything.  And because I know I can trust in His promises, I trusted Him all the way. He is the only one who can pull you through something like this.”