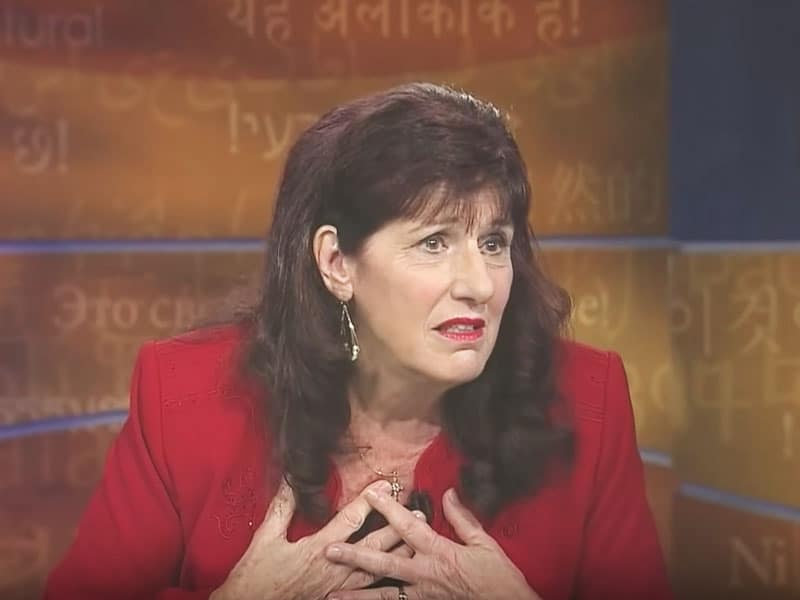 A woman who was always searching for God receives a profound revelation from Jesus. She sees a glimpse of Heaven and hell and now shares it with the world.

Donna Rigney met Jesus when she was just 7-years-old in a Catholic church. And since then, she has been searching for this childhood “friend” whom she believed was Jesus.

“And I just felt so completely understood and loved. I could have never left Him,” she recounted.

Because of that encounter with God, she decided to join a convent to search for her friend, Jesus.

However, several years later, while still desperately searching for her “friend,” Donna was led to a book written by Pat Boone. Pat described Jesus just as Donna knew him to be. That’s when she found her “Friend” Jesus again and accepted Him as her Lord and Savior.

Donna finally found Jesus but she still struggled to hear God. So she threw herself into pursuing Him every day.

“I wanted that same encounter like I had when I was seven,” she explained.

Unbeknownst to her, as she continued to pursue God, the presence of God started getting tangibly stronger. Eventually, Donna began to personally hear God.

“I wanted that personal word from God every day. I would not leave my prayer time alone with Him until I heard Him speak to me personally,” she said.

And as she continued to go deeper in the presence of Jesus, He showed her things in the spirit realm. Including what it’s like to be in Heaven… and in hell.

In an interview with Sid Roth, Donna saw in hell the place called “chamber of despair.”

“This was a place that people who are tormented by demons in their minds are sent to. These demons were already tormenting these people on the earth, causing them to commit suicide. And rather than turn to Jesus for help, they denied Jesus… and the enemy was able to bring them there,” she narrated.

Donna also further added how hell is a place where people will no longer get to experience love.

Jesus’ Love For People In Hell

But as she stood there with Jesus showing her these things, she felt His broken heart for the people who were in hell.

“His heart was so broken and He had so much pain in His heart. He said, ‘Daughter, I Am in more pain watching these people suffer like this needlessly. If they just had accepted Me, and turned from their sins, and turned to Me this would not have been their lot in life. They would have never come here. I died for them so they would live forever in My Kingdom,'” Donna said.

Jesus also showed her a glimpse of Heaven.

She then told Sid of a place called the “Hall of Miracles.”

“It’s an enormous hall. Miles and miles long. And there’s a gold floor with beautiful chandeliers. There are all diamonds hanging from the whole ceiling,” she revealed.

And when she decided to enter the first doorway, she saw a room full of “all the things that God’s children here on the earth would need.”

“He’s got them there in this room ready… He’s going to empty that room and it will be pulled to the earth,” she claimed.

However, Donna pointed out as well that God would love to show off His miracles to His faithful ones right now.

Donna ended her interview leaving a powerful message to every believer. She concluded, “The most important thing we should be doing now is spending time in intimate fellowship with the Lord. That’s what He’s looking for. In this end-time revival, He’s only going to use those that spend time with Him, that know Him. That will sacrifice time in their lives to get to know Him, to talk to Him, to listen to Him. And to do what He tells them.”

Hear Donna Rigney’s powerful testimony in the video below.

Jesus Took Me to Hell to Show Me This… | Donna Rigney