BREAKING
Israeli Researchers Achieve 80% Accuracy Predicting Earthquakes
Israel Opens World’s Largest ER, Prepared For Mass Casualties And Complete With...
6th Most Powerful Woman In The Arab World Dismissed From Post For...
Home Articles Women Preachers: Is the Bible For or Against Them?

Women Preachers: Is the Bible For or Against Them? 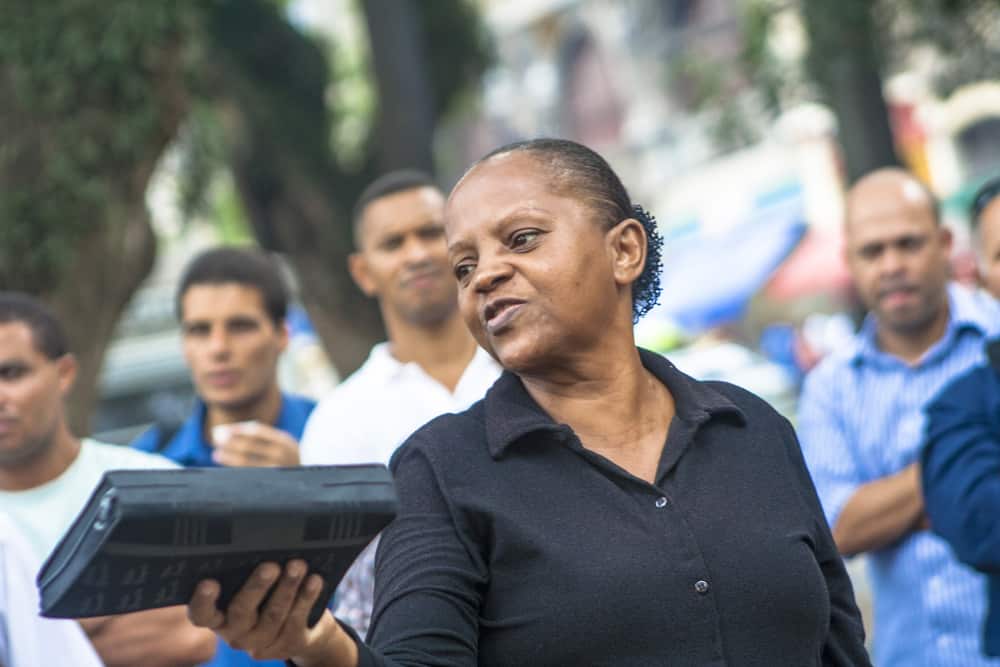 In today’s Church, there are many women preachers and some of our greatest leaders, for example Joyce Meyer is a woman. So what about the tricky scriptures that supposedly disempower women? Samuel Msiska shares his thoughts on the topic.

When one reads certain verses from the Apostle Paul it’s easy to conclude that the New Testament is against women preaching, but is that really the case?

“Let your women keep silence in the churches: for it is not permitted unto them to speak; but they are commanded to be under obedience as also saith the law.” (1 Corinthians 14:24)

Do these scriptures from the King James Version mean that no woman should be given a chance to preach?  That women need to be silent in Church. Is this the message Apostle Paul was conveying to the Church? Absolutely not! So let me explain.

Let me start with the first verse, 1 Timothy 2:14 because this is what the critics of women preachers use as a scriptural backing that women should not be allowed to speak in Church. If you read that verse slowly, word by word you will understand what Paul was saying. Before the word “man” there is an article there, “the”. I am not an English major but my primary school teacher used to tell me that this article, though it looks small, its importance in a sentence cannot be overemphasized.

According to the Cambridge Advanced Learner`s Dictionary, “the” is used before a noun to represent the activity connected with that noun. For example, when I say; I’ve got to go under “the” surgeon’s knife next week. “The” in this sentence is showing how specific the knife is i.e. this knife is not just any other knife but that of a surgeon.

“I do not agree with people who say women should not preach in Church. This undervalues women in the Church and silences the Holy Spirit.”

This is the same message Paul delivered to the Church at Ephesus in Ephesians 5:24. In 1 Timothy 2:1 Paul is telling women that they should respect and defer to their husbands . This verse should therefore not be used as a Biblical backing to silence women in Church, but to encourage women to respect their husbands. Of course men are also told to love their wives, bringing an equality between the genders as they submit one to another.

Now to 1 Corinthians 14:34. First of all we need to understand what was happening in the Church at Corinth at the time that prompted Paul to say these words. There was so much happening in that Church that Paul rebuked them and from verse 26 he was addressing one particular thing and that is keeping order in the Church.

It seems that there was a competition happening to see who could prophesy or speak in tongues the most. Everyone wanted to be recognized as a Spirit-filled Christian and this led to competition in the Church. One would come and start prophesying and before they finished, another would barge in. There was so much disorder in the Church.

Apart from the competition, the women in the congregation were making so much noise and asking questions during church services. This is why Apostle Paul had to tell them to be silent and to rather ask questions at home. He did not say they should not participate in edifying the Church.

I do not agree with people who say women should not preach in Church. This undervalues women in the Church and silences the Holy Spirit. God has raised women in our generation like Kathyrn Kuhlman, Jennifer LeClaire, Cindy Jacobs and others who have/are manifesting the gifts of the Holy Spirit. If we keep them quiet in Church are we also not quenching the Spirit of God at work in them?