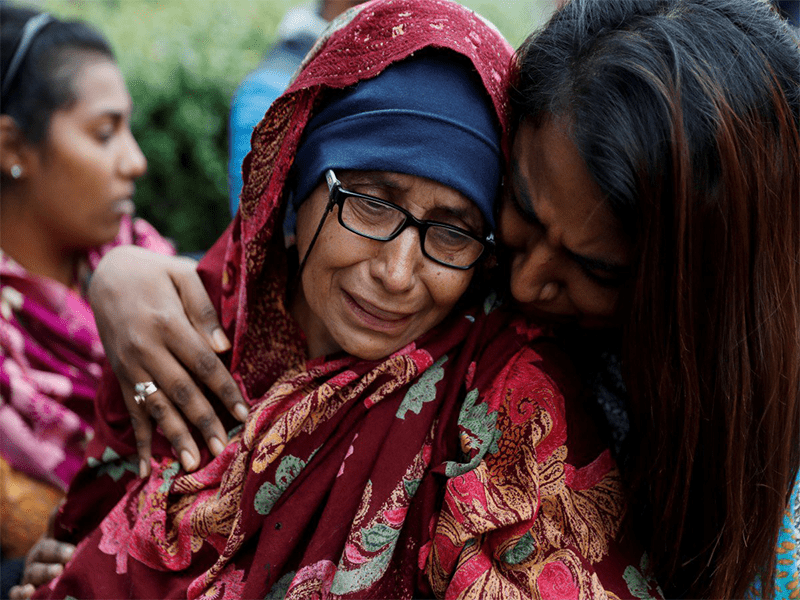 March 16, 2019 marked one of the darkest days in New Zealand. People around the world were stunned by the unprecedented terror attack in what is considered a peaceful nation.

On their day of worship at their mosques, more than 100 innocent members of the Muslim community were shot at random by a self-confessed ‘white supremacist’. The mass shooting has left 50 dead including children with 48 others injured, some in a critical condition. This is considered one of the darkest events in the city of Christchurch. A devastating and horrific event and a nightmare to the families of the victims.

The terrorist had written an 87-page manifesto revealing his anti-Muslim, anti-immigrant ideology and cited his plans of attack. It was mailed just nine minutes before the attack occurred. New Zealand Prime Minister Jacinda Ardern was one of more than 30 recipients of the  manifesto. The police are now investigating it. –The Washington Post

‘White Supremacy’ ideology is a manifestation of immense pride. An act of which the Bible describes in Psalm 10:4 as proud people who are so consumed with themselves and that their thoughts are not with God.

“In his pride the wicked man does not seek him; in all his thoughts there is no room for God”. The scripture further warns of the consequences of this ill-willed ideology. In (Proverbs 16:18-19) it says: “Pride goes before destruction, a haughty spirit before a fall. Better to be lowly in spirit along with the oppressed than to share plunder with the proud.”

The verse clearly tells us that pride within ourselves has no room for God’s grace. Instead, it will destroy us. For those who rise up in defiance against God, there is nothing ahead but disaster. (Isaiah 14:22).

In contrast, people around the world regardless of their race and religion gathered in vigils condemning this sickening, inhumane terror attack. Social media was flooded with torrent of emotions – anger, hatred, rage, despair, sorrow, and more. Nevertheless, compassion and empathy prevailed amongst people in different parts of the world may it be Jews, Christians, Hindus or others. All have shared their sympathy and support towards the Muslim community.

In a video post by Kyle Sampson @ItsKyleSampson, on Twitter New York Jews show their love and support.

A photo shared by Pahtans @Pahtans1 shows a man from Manchester, England keeping watch outside a mosque while Muslims are praying inside.

#NewZealandMosqueAttack
Outside a mosque in Manchester, England today
#NewZealand pic.twitter.com/SUwxcZ3JAQ

And one of the most heartwarming posts was from Gilal_Waseem @GilalWaseem1, showing the mosque at Christchurch guarded by Kiwis while Muslims were praying inside.

These humans have my heart. Muslims are praying inside in the Mosque , while New Zealand People are standing firm in front of the entrances to protect Muslims . On behalf of Muslims everywhere, we appreciate you! ❤️ #Christchurch #NewZealandMosqueAttack #Muslims pic.twitter.com/Chf1pFzf93

The post, shared by Sai Rms Gndmr through Facebook, has received more than 4,000 reactions, 220 comments and 6.900 shares. 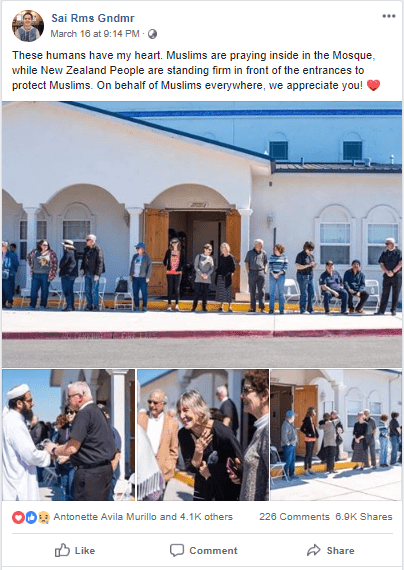 The support and love shown by people around the world proves that differences in beliefs will not hinder us from expressing empathy and love for one another.

This post was written by: David Jansen C. Estose

For just $100 per month you can bring the gospel to 10,000 homes. Join us as media missionaries! GIVE NOW
VIEW COMMENTS
« Verse Of The Day KJV: Proverbs‬ ‭4:23 Satan Doesn’t Want You To Know This: What Does “Seeking the Kingdom” Actually Mean? »