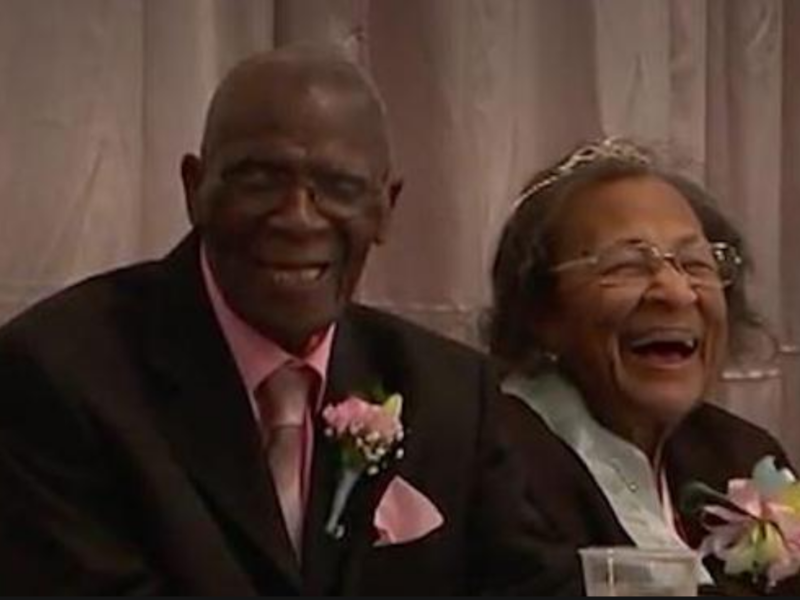 The Worldwide Marriage Encounter has announced 2019’s longest married couple. It is DW and Willie Williams of Charlotte, NC. The Williams’ were married August 17, 1937 in Newberry, South Carolina and will celebrate their 82nd anniversary this year. Though they are both over 100 they still attend church each week and attribute their longevity to God.

The Worldwide Marriage Encounter (WWME), is a faith-based marriage enrichment program based in the USA and has awarded national winners of its Longest Married Couple Project, for the past nine years. June is National Marriage Month and the award forms part of the month’s focus on fostering healthy relationships between husbands and wives.

Over 250 nominations were received for this year’s project and the winners from individual states will be announced on June 6, 2019.

“We are truly honored and privileged to recognize the Williams’ for their long marriage,” said WWME’s Tony Morris. “We are excited to be able to personally recognize them on June 15th in their hometown of Charlotte.”

Tony and his wife Sue serve together with Rev Tom Ogg as the US leaders for the marriage enrichment movement. Rev Ogg will join the Morris’ at the presentation, which will be held at the First Mayfield Memorial Baptist Church in Charlotte.

The Williams’ were married at the courthouse in Newberry, South Carolina. They have a daughter and a granddaughter.

The WWME leaders pointed out that the project is based on nominations received during the current year. “We realize there may be couples married longer, but we did not receive their nominations from friends or family during the nominating period, or they chose not to be recognized for their marriage achievements.”

Worldwide Marriage Encounter created the project to highlight marriage in America and to show young couples that marriage really can go the distance. “What a true inspiration Mr and Mrs Williams are to all of us. They made a commitment to each other over 81 years ago and they have kept that commitment. They truly are a sign of hope to all of us.”

State winners from across the country will be presented certificates of achievement and other recognitions by Worldwide Marriage Encounter couples during the month of June, which is traditionally known as national marriage month.

Worldwide Marriage Encounter has been offering weekend experiences for over 50 years and is considered the original faith-based marriage enrichment program. The programs are continually updated to keep abreast of changes in society, and WWME now offers evening and half-day programs that are presented at parishes and other church facilities. The weekend program, traditionally presented as an overnight experience at a hotel or retreat center, can also be presented at facilities where the couples return to their homes in the evenings. WWME has a presence in almost 100 countries, which makes it the largest pro-marriage movement in the world. In North America, the WWME programs are presented in English, Spanish, French, and Korean languages.

For just $100 per month you can bring the gospel to 10,000 homes. Join us as media missionaries! GIVE NOW
VIEW COMMENTS
« GOD TV Joins Franklin Graham, Lance Wallnau And Others To Pray For President Trump 3 Components In My Daily Time With God »