Worship erupted in Chicago airport as passengers waiting to board the plane spontaneously sang “Amazing Grace” with their hands lifted up in praise.

Everyone has faced difficult times during the past weeks. The pandemic broke out and as other social issues rose up, it is easy for us to see how people were shaken. Uncertainties are evident and fear has crept in peoples’ hearts.

However, the truth that the Lord has all the authority over the world and that He has won the victory for us still remains. It is refreshing to see how people hold on to their faith in the Lord during these difficult times.

In a viral video recently posted, a group of passengers is seen worshipping the Lord despite the issues that America is facing. Chicago’s Midway Airport erupted into worship while passengers were waiting to board their plane.

Troy Thomas, a preacher from a small town in Louisiana called Vidalia, led the people in worship. As he was preaching the Good News of God to a group of men in the Chicago airport, he spontaneously led them into worship. They all sang “Amazing Grace” while their hands were lifted in praise.

“All you gotta do is call on the grace of God,” Troy said to them. 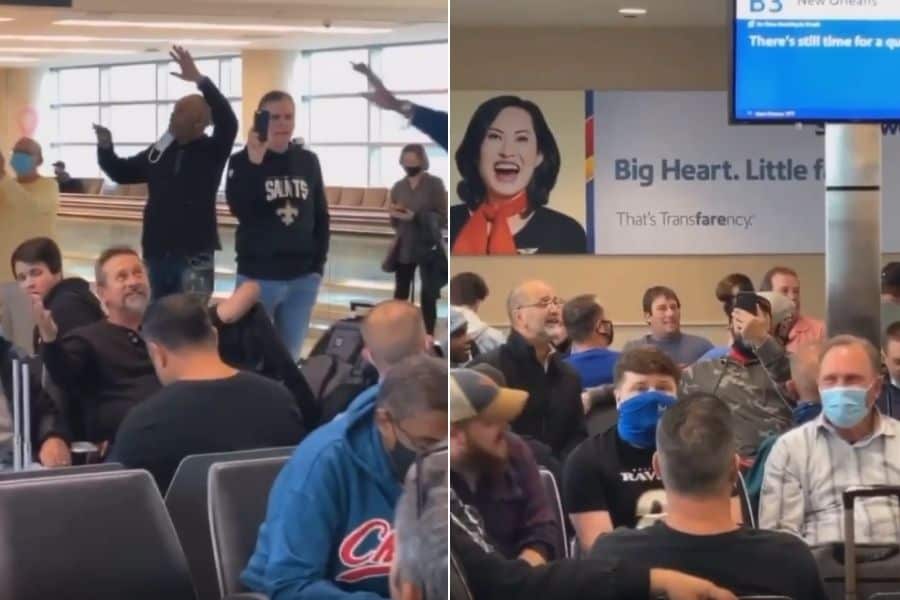 Before ending the spontaneous church service, the bold preacher led them into a repentance prayer. He also called them to accept Jesus Christ as their Savior.

One of the men who witnessed the event recorded a powerful moment and uploaded it on his Instagram channel. The video titled “This Is America” quickly went viral with hundreds of thousands of views.

“This is America right here,” the man who said as he discouraged everyone to focus on the bad news. Truly despite everything, God still reigns over America!

Have a great night, everyone. Cred: @natly.denise

Read also: Thousands Of Believers Gathered To Worship Together In Texas

For just $100 per month you can bring the gospel to 10,000 homes. Join us as media missionaries! GIVE NOW
VIEW COMMENTS
« Israel’s Ben-Gurion U Joins UN’s Program For Space-Based Information For Emergency Response Wife Of Pastor Who Died By Suicide Finds Hope Amidst Grief »