Worship Leaders Join Together In Singing John 3:16 In 6 Languages 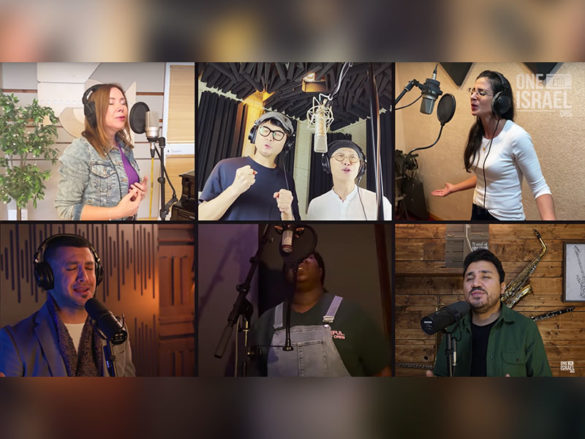 Worship leaders from different countries came together in worship, singing John 3:16 in six other languages, and it was so beautiful!

Perhaps everybody knows and has heard John 3:16 in the Bible. It was written, “For God so loved the world, that He gave His only Son, that whoever believes in Him should not perish but have eternal life.” It is one of the words believers often quote to share the Gospel with others. It’s the word describing God’s great love by sacrificing His only beloved Son, Jesus, to save the world. And how, when we accept Jesus, we could receive eternal life. 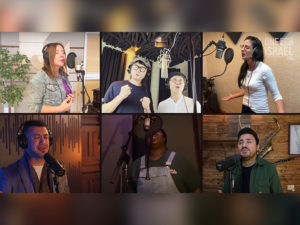 In a video shared by ONE FOR ISRAEL Ministry, worship leaders of different nationalities joined in worship. And what’s more impressive was that they sang John 3:16 in six different languages. It was composed by Sasha Atlas and arranged by Maroun Beem. It included Korean, English, Russian, Persian, Arabic, and Hebrew. Kim Hyun Jung and Kim Jae Joong sang their part in Korean. Then Eniola Abioye in English, Tanya Kadin in Russian, Vahid Norouzi in Persian, Nizar Francis in Arabic, and Keren Silver in Hebrew. And Sasha Atlas composed the beautiful

Every Tongue Shall Confess That Jesus Is Lord

The Christian ministry produced the song and its official video where they aim to unite believers of Christ. Perhaps, a symbol that would reflect that one day, “at the name of Jesus every knee should bow, in heaven and on earth and under the earth. And every tongue confess that Jesus Christ is Lord. To the glory of God the Father (Philippians 2:10-11).”

Further, also claiming the prophecy in Revelation 7:9-10, describing a great multitude crying out to God. It was written, “a great multitude which no one could number, of all nations, tribes, peoples, and tongues, standing before the throne and before the Lamb, clothed with white robes, with palm branches in their hands, and crying out with a loud voice, saying, “Salvation belongs to our God who sits on the throne, and to the Lamb!”

Watch the video and hear the captivating worship!