BREAKING
Israel-led Team Solves Mystery Why Lightning Strikes Fewer Times Over The Ocean...
Tourism In The Holy Land Is Soaring Back Up To Pre-Pandemic Highs
Lapid Speaks Directly To Palestinians—Offers Them “Another Way” Out Of The Ongoing...
Home Articles WWII Veteran Celebrates 100th Birthday & Credits God For Bringing Him Home After War 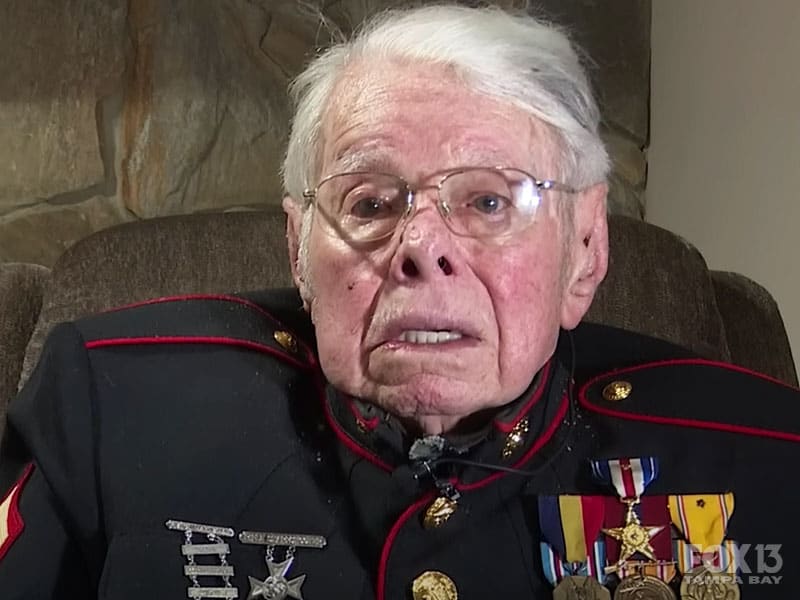 A 100-year-old World War II veteran broke down in tears as he shared what is happening with America today. Although he is grateful to God for everything, he’s afraid that what they fought for in the past has “gone down the drain.”

On June 29, U.S. Marine veteran Carl Spurlin Dekel celebrated his 100th birthday. And in a video, he shared his lifetime of passion and zeal for serving his country. He described it as “a honor” and that he would never get tired of serving his nation and “would do it again.” He also stressed that the Lord “blessed” him; that’s why he survived and is still breathing today. 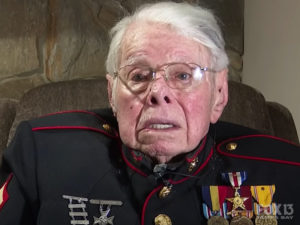 Broke Down To Tears

But following the veteran’s grateful expression, he broke down in tears. Because he remembered the moment, they fought for America. And now, it seems like everything they fought for is going down the drain. He warned about the contemporary culture established in the country nowadays.

“I am so upset at the things we did,” he said in emotional tears. “And the things we fought for, and the boys that died for it. It’s all gone down the drain. Our country’s gone to hell in a handbasket.”

Then he stressed how the country drastically changed and how things are never the same.

After the 100-year-old got emotional and cried, he turned the conversation around and said a joke. Because sometimes, the veteran still can’t believe he has reached 100 years old. And he doesn’t really worry about his age.

“I just keep on keeping on,” he said.

You can really see his passion and love for America. God bless you U.S. Marine veteran Carl Spurlin Dekel! Thank you, Sir, for being an inspiration.

'We haven't got the country we had when I was raised': 100-year-old veteran worried about America