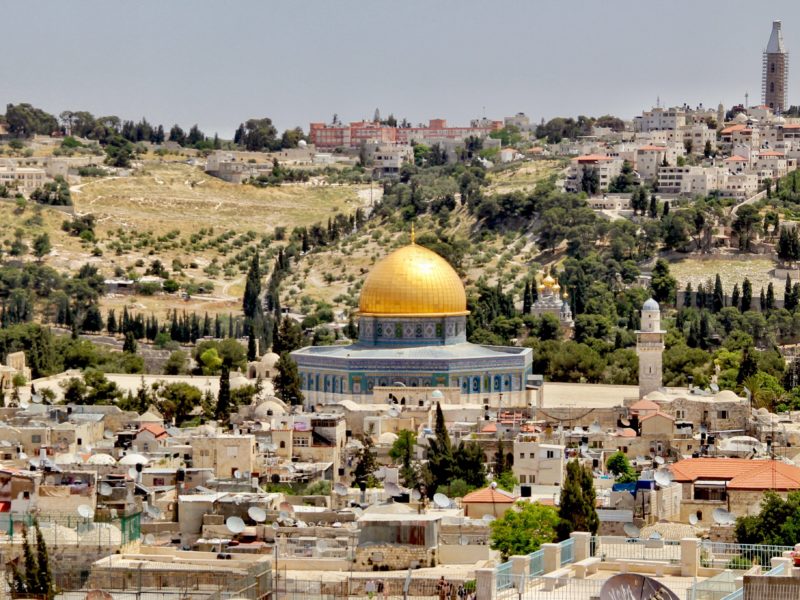 Israel’s Foreign Minister Yair Lapid held a press conference today, Wednesday, and had some harsh words for the American government on a number of topics.

Lapid’s toughest words were reserved for the announcement by U.S. Secretary of State Antony Blinken that he is planning on reopening the American Consulate in the eastern part of Jerusalem. That consulate was shuttered by the Trump Administration when it recognized Jerusalem as Israel’s capital and upgraded its main consulate in the city to the status of an Embassy.

“We think this is a bad idea, and we told the United States it was a bad idea for two reasons. Closing and opening it sends the wrong message, not only to the region and the Palestinians but also to other countries,” said Lapid.

Israel’s current governing coalition is hanging by a thread. It relies on support from outside the government fromthe United Arab Party. It needs to fulfill the demands of both that party and the more right-wing members of Prime Minister Naftali Bennett’s Yamina party. It needs to be able to placate members from both its right and its left. As such, the current government could fall if just one or two of its current members decides to vote with the opposition.

And right now Prime Minister Bennett’s coalition needs to pass a new state budget. If its proposed new budget fails to pass a vote of the full Knesset, then by law the government will fall and new elections will be held.

Referring to the fragile makeup of Israel’s current coalition government, Lapid said that reopening the consulate, “We have an interesting but fragile government, and we think it could undermine the stability of the government, and I do not think the US administration wants that to happen.”

On Iran and its nuclear aspirations, the Foreign Minister said, “The nuclear deal is not going anywhere. The world needs Plan B – and Iran needs to know that there is a credible military option”

Lapid went on to call Iran and Hezbollah the two biggest threats to the security of the State of Israel. He said that Prime Minister Bennett’s trip to Washington was successful. “It’s amazing that different people like Biden and Bennett have managed to connect so well, and the fact that there is an open line between the leaders is important,” commented Lapid. But as to Iran, he added, “We have agreed not to agree with the Americans regarding the nuclear deal, but at the moment it seems that the agreement is not going anywhere, and the talks are not going anywhere, the world needs a second plan. Iran needs to know that there is a credible military option if they continue to advance the nuclear program.”

Finally, on America’s withdrawal from Afghanistan, Yair Lapid said that the decision to pull out was probably the right one to make, but that it was poorly executed.

“We don’t understand completely all the consequences of this move, of this retreat,” he said. “This is going to have a big impact on al-Qaeda, on ISIS. We should wait a little before we jump to conclusions about the aftermath of the US withdrawal.”

The Foreign Minister, however, did say that he thinks that President Biden’s administration is on the right track. “I do not think that the US is retreating from the Middle East,” added Lapid. “This administration is very keen on being on top of the current game, not the game that was played before.”

Yair Lapid acknowledged that the current situation in the P.A., as well as Israel’s unstable coalition government, make it unlikely that there will be any progress made in negotiations. “Our government also has limitations. It focuses mainly on internal affairs, and no breakthroughs can be expected from it,” he said. “We must also admit that the reality on the other side, the Palestinian side, does not allow for a breakthrough. I believe in a two-state solution, but it is unrealistic in the current situation.”

On Gaza Lapid said that Israel has just one interest there that is other than the return of missing civilians and the bodies of its soldiers, maintaining peace. “We have no intention of returning to Gaza, but we want to make sure no missiles are fired at us,” he said. “What killed the children in Gaza is the war that was forced on us. In war there are casualties. The other option is not to defend ourselves when we are attacked. We protect our children.”