Yes, It Is Possible To Be Free From OCD | God TV
Faith 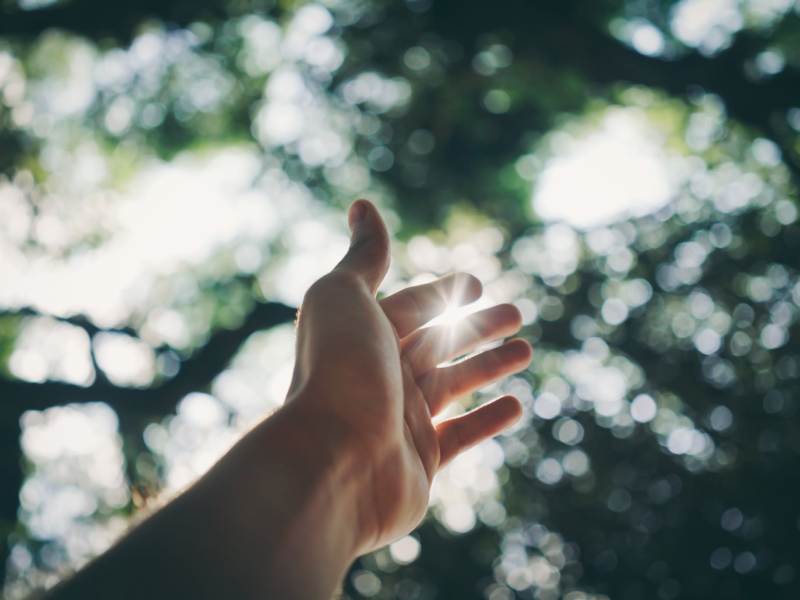 Perhaps it started much earlier than I can remember, but between 14-15 years of age, I imploded. The verbal and emotional abuse infected my heart, and then, my mind; the place I escaped to when life became unbearable. The lack of control compelled me to take matters into my hands, literally.  Soon, the inability to stop caused me to question: Who is in control? Me or the handwashing? My mind or the OCD?

The behaviors increased until all I could think about was avoiding certain people and repeating the actions that helped bypass the anxiety of feeling contaminated. That one moment of accepting the first thought became nine years of knotted, interconnected tormenting thoughts rooted in hurt, hate, unforgiveness, and festering wounds.

I belonged to and believed in Jesus, all while having an out of control thought-life that caused me immense physical and emotional pain. I accepted whatever came into my mind and worked out ways to live my life around the new barriers. Since those around me couldn’t understand what I was going through, ridicule bombarded my ears.

Anything and everything I tried failed. The fear of facing the anxiety swelling in my chest, causing the world to close in on me, allowed me to accept all the irrational behaviors as “my normal.” The OCD as my only option, I left the fold with a broken heart.

What Fed the OCD?

Wave after wave of disappointment and hurt saw me attempting to find refuge in the flesh. I tried mixing the beauty of God’s truth with the lies of satan, and never really understood the power of the blood and death of Jesus.

Like the seed that fell on the wayside (Matthew 13), I didn’t stop to consider the words I read or heard. So, I journeyed out into the night, crossing the river of depression, the valley of suicide, and made my home in the wilderness of despair.

Although I didn’t verbalize it, I accepted the lie that I’d never be free. Wasn’t it impossible?

Be Careful Lest You Fall By The Way Side

Jesus said that the seed that falls by the wayside represents those who don’t understand the word of the Kingdom (Matthew 13:19). Because they lack comprehension of the message, they cannot put it together or perceive how it applies to their life. This causes them not to consider what is said and act wisely. Not taking the matter to heart forbids the word from coming inside and bringing about transformation and freedom.

Because the enemy goes about as a roaring lion seeking whom he may devour (1 Peter 5:8), he watches as the seed is sown, looking for prey. Once he sees that the person doesn’t pick up on the weapon of truth, he “snatches it away” (Matthew 13:19). Here, snatch away or the Greek word Harpazo, means to forcefully take away, steal, seize, pluck up, or claim for oneself eagerly.

If harpazo seems familiar, it’s probably because harpoon is similar to this word. Once the harpoon pierces its target, the pain results from the destruction of whatever defense that was there, leading to emptiness, a sense of injustice, and despair.

Why does the person lose hope?

If we look back at the meaning of snatch away, we find that the enemy eagerly claims the truth as his, and by force, he twists and presents his counterfeit remedy to the tormenting spirits: more despair.

A Call to Obey

The Holy Spirit gave me the strength to relinquish the world and sin. I could no longer fill my head with the lies of satan and expect to fight a battle with no weapons. And before He even addressed the OCD, He led me to the arms of my Father, where I experienced love and acceptance for the first time. He masterfully and lovingly filled all the emptiness of my life and healed my hurt.

Then, through prayer and fasting, He built up my faith, cleansed me, and renewed my mind with His word (Romans 12:2). Once the OCD had nowhere the hide, I could begin the process of healing and freedom.

Two years ago, I didn’t perceive that that one act of obedience (giving up Netflix and studying the Bible and praying more) would find me writing about the freedom I experienced.

So, today, know that behind the door of obedience lies the key to your freedom.

See also: Nothing is Too Challenging for Jesus, Even OCD

For just $100 per month you can bring the gospel to 10,000 homes. Join us as media missionaries! GIVE NOW
VIEW COMMENTS
« Christian Band ‘Tenth Avenue North’ Splitting Up After 20 Long Years Israel Sees Increase in February Tourism, Despite Coronavirus Fears »