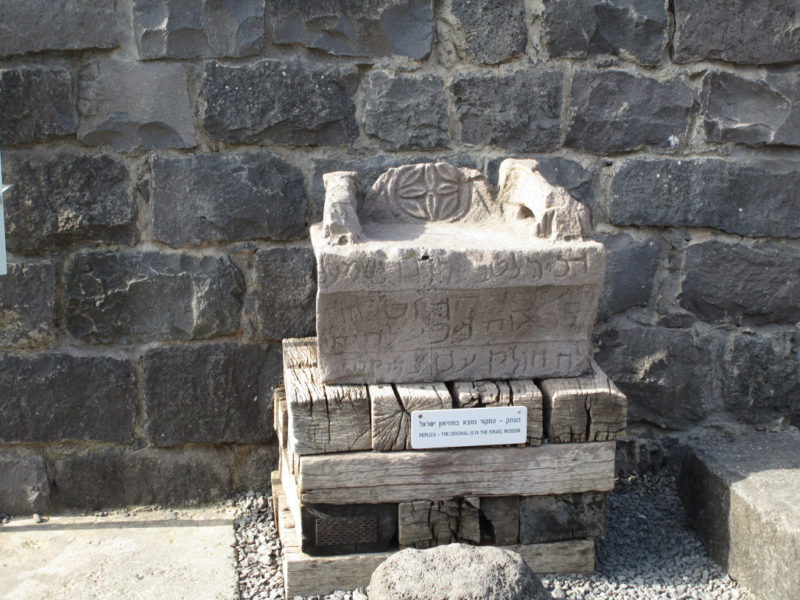 One of the responses I received, from my warning concerning the new Sanhedrin and the building of the third temple, was that we have to obey the rabbis as they have God-given authority over the Jewish people. This is not the first time I have heard this. It is based on Matthew 23. Yeshua tells the people:

“The teachers of the law and the Pharisees sit in Moses’ seat. So you must be careful to do everything they tell you. But do not do what they do, for they do not practice what they preach.” (Matthew 23:2-3)

The idea is that, even in unbelief, they “sit in Moses’ seat” and therefore should be obeyed. The term “Moses’ seat” seems to indicate the place of authority that Moses held in the community. As you will recall, Moses was judge over the people. He would “sit” (hence, Moses’ seat) all day and judge disputes:

“The next day Moses took his seat to serve as judge for the people, and they stood around him from morning till evening.” (Exodus 18:13)

The job became too much for Moses and he, in response to the advice from his father-in-law Jethro, appointed other men to assist. This group in Yeshua’s day was known as the Sanhedrin. The very word, Sanhedrin, means “sitting together,” as in a judging council. In every synagogue, there was a seat called “Moses’ seat” where one of these authoritative teachers would function.

So, yes, Yeshua recognized their authority to sit in judgment. Of course, he also called them out during the rest of the chapter, using the harshest rhetoric in all the gospels. It was time for a change!

Changing of the Guard

It appears, however, the New Testament lays out a new system of authority. He takes it from the Sanhedrin and gives it to His apostles. It is no wonder that the first few chapters of Acts reveal a power struggle between the Pharisees and the Jewish apostles. To be clear, the apostles were merely fulfilling the words of Yeshua in preaching His kingdom. The Sanhedrin responded with violence against them. There was a war in the spirit.

There are at least four places where Yeshua affirms this authority transfer.

In Matthew 16, He gives His disciples the keys of the kingdom and begins to reveal what Paul calls the mystery of the ecclesia, the One New Man.

He speaks of this new thing he will build—the congregation of Yeshua followers—starting with Peter and his disciples. Unbeknownst to them, it will expand to include the nations.

Many have attributed “binding and loosing” to casting out demons, when in fact, He was referring to the authority of the upper and lower houses of the Sanhedrin. These were legal terms referring to interpreting Jewish law. Yeshua uses the word “keys”—which clearly symbolizes authority.

We see this authority first exercised in a ‘binding way’ in Acts 1, when they add Matthias to their number. Then again, many years later in Acts 15, when the apostles decide that Gentiles can enter the Kingdom without becoming Jewish.

When Yeshua spoke of binding and loosing, He wasn’t talking about spiritual warfare. The people to whom He spoke understood that He was talking about what was consistent with Torah and what wasn’t. This matter of binding and loosing wasn’t unique to Yeshua. It was entirely familiar to them all because it was how the rabbis would sanction something or ban it according to the teachings in Torah. —Lonnie Lane

Only Two are Needed

Then, in Matthew 18, he mentions it again and adds something:

Under Jewish law, you needed ten men of Bar Mitzvah age to have a religious meeting. This is called a minyan. I can remember during my years of religious training, that the men would often recruit a couple of us for the afternoon prayers because they did not have the required ten men. We were thrilled to get out of class!

But here Yeshua says, “No, if just a couple of you gather in my name, I am there.”

In Matthew 21, Yeshua explained how the Sanhedrin had abused their authority and rejected the prophets. Their final act would be to reject the Son.

“Therefore I tell you that the kingdom of God will be taken away from you and given to a people who will produce its fruit.” (Matthew 21:43)

Next, in Matthew 28, he tells the soon-to-be Jewish apostles:

“All authority in Heaven and on earth has been given to me. Therefore go and make disciples of all nations, baptizing them in the name of the Father and of the Son and of the Holy Spirit, and teaching them to obey everything I have commanded you. And surely I am with you always, to the very end of the age.” (Matthew 28:18-20)

Yeshua says He has all authority. That means he can take it from whom he wants and give it to whomever He wants. He takes it from the Sanhedrin and gives it to the disciples. Part of that authority was to teach and interpret Scripture. Even as the Catholic church for centuries told everyday believers that they had no business reading the Bible on their own (you need an approved priest to tell you what it means), the Jewish people were (and are) overly reliant on the rabbis to tell them what the Scriptures say. If I had a nickel for every time a Jewish person said to me, “If Jesus were the Messiah, my rabbi would believe,” I would…well, I would have a lot of nickels!

Take some time to read Ephesians 3. Paul reveals the mystery “which was not made known to people in other generations” (v. 5)that God was doing something new, creating One New Man made up of Jews and Gentiles, that would shake the world. A new authority structure would be needed.

And this is why Yeshua spent three and a half years training the disciples. These Jewish men did more in a few years than the rabbis had done since Moses! Even their enemies recognized this.

“These men who have turned the world upside down have come here also!” (Acts 17:6)

This article was written by Ron Cantor, GOD TV Regional Director for Israel and host of Out of Zion. Find more from Ron Cantor at messiahsmandate.org.

For just $10 per month you can bring the gospel to 1,000 homes. Join us as media missionaries! GIVE NOW
VIEW COMMENTS
« Gaza Border Communities Under Fire Say Enough Is Enough We’ve all messed up! Lay it aside, and walk away! »