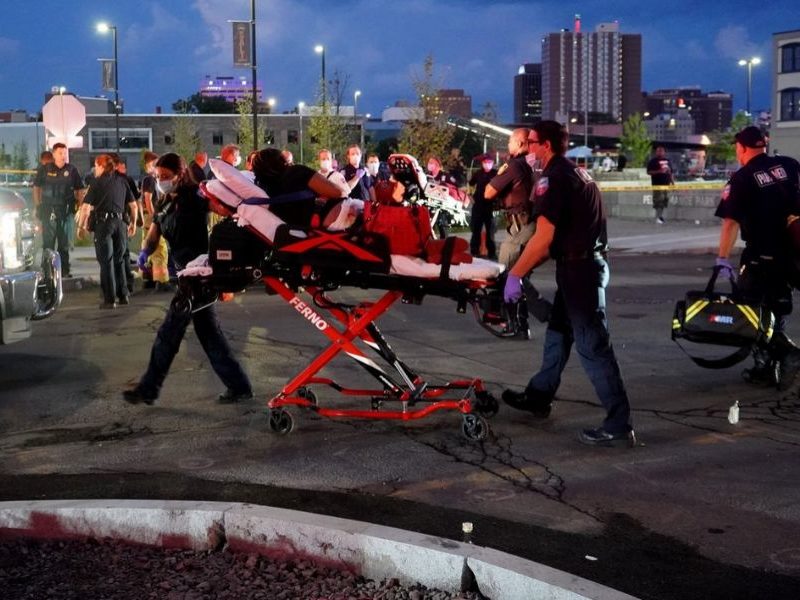 On June 20, six unidentified shooters sprayed bullets to a crowd during the annual “Rye Day” party on Syracuse, New York. The mass shooting that happened last Saturday night was reported to be a gang-related fight.

Nitch Jones, a youth pastor at Syracuse’s Zion Hill World Harvest Baptist Church, was in the area, caught between the war zone when the shooting happened. On Sunday morning, Nitch took to Facebook his thoughts about the horrible incident that ended the large party attended by hundreds.

“I have never been inside of a live war zone in my life,” Nitch said in the Facebook video. “I have been around or in the vicinity of someone shooting. But I have never been in the middle. Literally, we were in the middle … of a war zone, a battle, where guns were spraying all around us, where guns were spraying right in front of us and people were getting hit and there were feet in front of us.”

Nitch’s family was also on the scene, but they were separated when the shooting started. He was not able to run to his family due to the bullets flying. However, he and his cousin, who happens to be a nurse, were able to help an unconscious teenage victim.

The 17-year-old boy was lying unresponsive on the ground and as they wait for the paramedics to rescue him, Nitch and his cousin stayed by his side to protect him.

“We can’t do CPR because he is laying on his stomach and we don’t move him. All we are doing is laying there to make sure nobody touches him or nobody moves him and we are continuing to check his pulse,” Nitch explained. “[My cousin] sat there the whole time.”

Onondaga County District Attorney William Fitzpatrick reported that eight people suffered minor injuries from the shootout. The boy that Nitch safeguarded was immediately brought to the hospital and is still in critical condition.

For just $100 per month you can bring the gospel to 10,000 homes. Join us as media missionaries! GIVE NOW
VIEW COMMENTS
« Prayer For Today Time To Address Emotional Need In The Church »